Physicians Q & A about Cannabis and the Treatment of Cancer 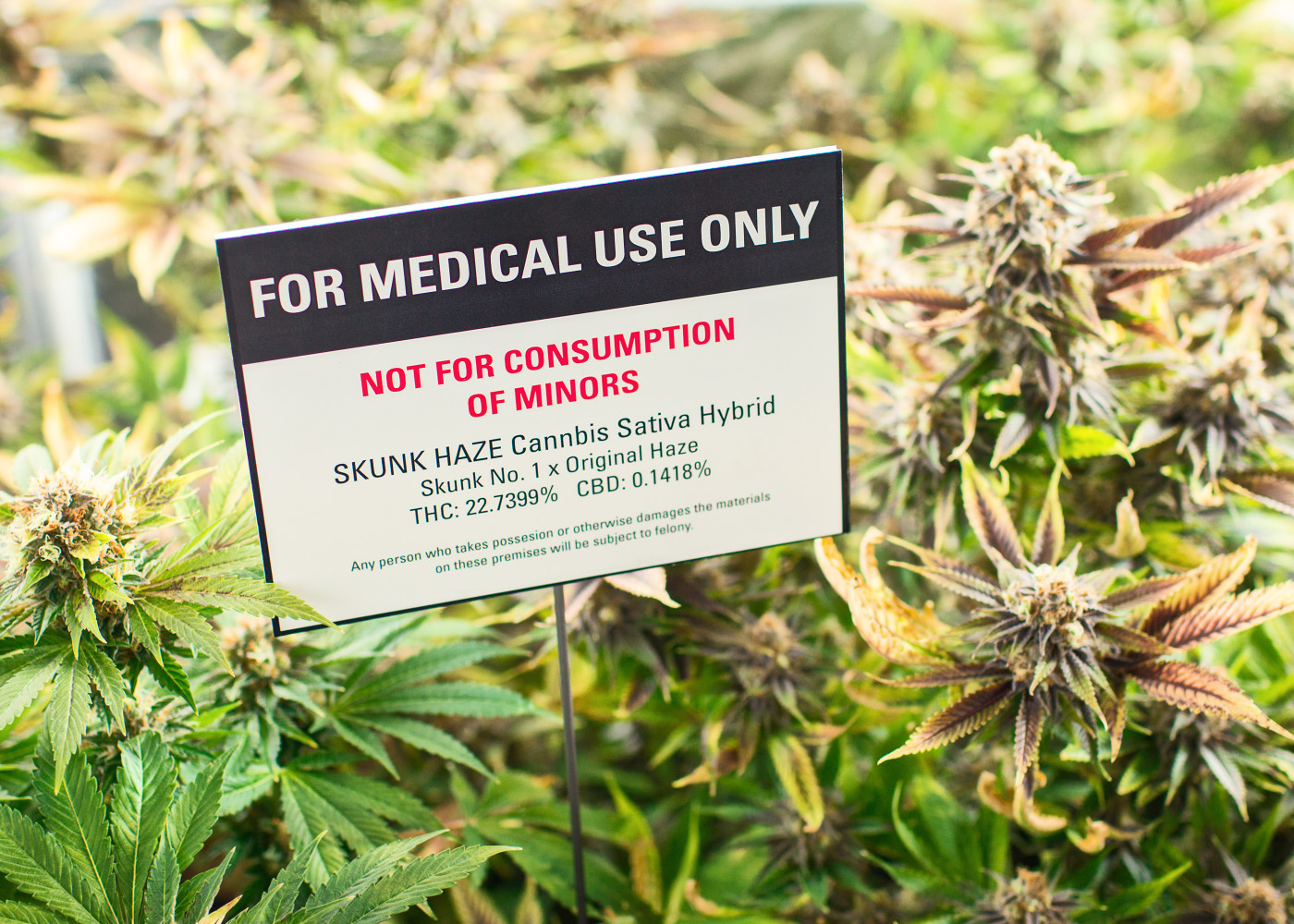 The National Cancer Institute, a division of the National Institute of Health, provides comprehensive information about cancer for patients, care givers and doctors. This Physician’s Data Query  answers commonly asked questions about the curative benefits of cannabis in treating multiple forms of Cancer and side effects of chemotherapy treatments.

While evidence shows that cannabis kills cancer in the laboratory setting, and there is ample testimonial from doctors and patients alike that cannabis has curative effects, the FDA has yet to approve cannabis in its natural form as a viable treatment for cancer. As the controversy about cannabis prohibition ensues in Washington, patients and advocates should be well-informed about treatment options as well as the benefits and potential side effects of cannabis before drawing their own conclusions or concurring with those opposed to making cannabis readily available to patients. The following Physicians Q & A about Cannabis and the Treatment of Cancer provides insight that will help people form their own opinions.

Cannabis , also known as marijuana, is a plant from Central Asia that is grown in many parts of the world today. The Cannabis plant produces a resin containing compounds called cannabinoids. Some cannabinoids are psychoactive (acting on the brain and changing mood or consciousness). In the United States, Cannabis is a controlled substance and has been classified as a Schedule I agent (a drug with a high potential for abuse and no currently accepted medical use).  Clinical trials that study medicinal Cannabis in cancer are limited. To do research with Cannabis in the United States, researchers must file an Investigational New Drug (IND) application with the Food and Drug Administration (FDA), receive a Schedule I license from the Drug Enforcement Administration (DEA), and gain approval from the National Institute on Drug Abuse (NIDA). By federal law, the possession of Cannabis (marijuana) is illegal in the United States outside of approved research settings. However, a growing number of states, territories, and the District of Columbia have enacted laws to legalize medical marijuana. (See Question 4).

What is the history of the medical use of Cannabis?

The use of Cannabis for medicinal purposes dates back at least 3,000 years. It came into use in Western medicine in the 19th century and was said to relieve pain, inflammation, spasms, and convulsions.  In 1937, the U.S. Treasury began taxing Cannabis under the Marijuana Tax Act at one dollar per ounce for medicinal use and one hundred dollars per ounce for non-medical use. The American Medical Association (AMA) opposed this regulation of Cannabis and did not want studies of its potential medicinal benefits to be limited. In 1942, Cannabis was removed from the U.S. Pharmacopoeia because of continuing concerns about its safety. In 1951, Congress passed the Boggs Act, which included Cannabis with narcotic drugs for the first time.  Under the Controlled Substances Act passed by Congress in 1970, marijuana was classified as a Schedule I drug. Other Schedule I drugs include heroin, LSD, mescaline, methaqualone, and gamma-hydroxybutyrate (GHB). Although Cannabis was not believed to have any medicinal use, the U.S. government distributed it to patients on a case-by-case basis under the Compassionate Use Investigational New Drug (IND) program between 1978 and 1992.  Researchers have studied how cannabinoids act on the brain and other parts of the body. Cannabinoid receptors (molecules that bind cannabinoids) have been discovered in brain cells and nerve cells in other parts of the body. The presence of cannabinoid receptors on immune system cells suggests that cannabinoids may have a role in immunity.  Nabiximols (Sativex) is a Cannabis extract that contains delta-9-THC and cannabidiol (CBD). Nabiximols is approved in Canada (under the Notice of Compliance with Conditions) for relief of pain in patients with advanced cancer or multiple sclerosis.

If Cannabis is illegal, how do some cancer patients in the United States use it?

Though federal law prohibits the use of Cannabis, the map below shows the states and territories that have legalized Cannabis for medical purposes. Some other states have legalized only one ingredient in Cannabis, such as cannabidiol (CBD), and these states are not included in the map. Medical marijuana laws vary from state to state.

How is Cannabis Administered?

Cannabis may be taken by mouth or may be inhaled. When taken by mouth (in baked products or as an herbal tea), the main psychoactive ingredient in Cannabis (delta-9-THC) is processed by the liver, making an additional psychoactive chemical. When Cannabis is smoked and inhaled, cannabinoids quickly enter the bloodstream. The additional psychoactive chemical is produced in smaller amounts than when taken by mouth. A growing number of clinical trials are studying a medicine made from a whole-plant extract of Cannabis that contains specific amounts of cannabinoids. This medicine is sprayed under the tongue.

Have any preclinical (laboratory or animal) studies been conducted using Cannabis or cannabinoids?

Preclinical studies of cannabinoids have investigated the following:

A study in mice showed that cannabinoids may protect against inflammation of the colon and may have potential in reducing the risk of colon cancer, and possibly in its treatment.

Many animal studies have shown that delta-9-THC and other cannabinoids stimulate appetite and can increase food intake.

Cannabinoid receptors (molecules that bind cannabinoids) have been studied in the brain, spinal cord, and nerve endings throughout the body to understand their roles in pain relief.

Cannabinoids have been studied for anti-inflammatory effects that may play a role in pain relief.

Animal studies have shown that cannabinoids may prevent nerve problems (pain, numbness, tingling, swelling, and muscle weakness) caused by some types of chemotherapy.

Cannabinoid receptors found in the brain and other parts of the nervous system may be involved in controlling mood and anxiety.

Anti-anxiety effects of cannabidiol (CBD) have been shown in several animal models.

Have any clinical trials (research studies with people) of Cannabis or cannabinoid use by cancer patients been conducted?

No clinical trials of Cannabis as a treatment for cancer in humans have been found in the CAM on PubMed database maintained by the National Institutes of Health. Cannabis and cannabinoids have been studied in clinical trials for ways to manage side effects of cancer and cancer therapies, including the following:

Cancer Studies in adults now in progress include:

Current studies are determining the efficacy of cannabis in treating:

Delta-9-THC taken by mouth: Two cannabinoid drugs approved in the United States are available under the names dronabinol and nabilone. Both dronabinol and nabilone are approved by the Food and Drug Administration (FDA) for the treatment of chemotherapy-related nausea and vomiting in patients who have not responded to standard therapy. Many clinical trials have shown that both dronabinol and nabilone worked as well as or better than some of the weaker FDA-approved drugs to relieve nausea and vomiting. Newer drugs given for chemotherapy-related nausea have not been directly compared with Cannabis or cannabinoids in cancer patients.

Inhaled Cannabis: Ten small trials have studied inhaled Cannabis for the treatment of chemotherapy-related nausea and vomiting. Various study methods and chemotherapy agents were used with mixed results. There is not enough information to interpret these findings.

Oral spray with delta-9-THC and cannabidiol (CBD): Nabiximols, a Cannabis extract given as a mouth spray, was shown in a small randomized, placebo-controlled, double-blinded clinical trial in Spain to treat chemotherapy-related nausea and vomiting.

Delta-9-THC taken by mouth: Two small clinical trials of oral delta-9-THC showed that it relieved cancer pain. In the first study, patients had good pain relief as well as relief of nausea and vomiting and better appetite. A second study showed that delta-9-THC could be given in doses that gave pain relief comparable to codeine. An observational study of nabilone also showed that it relieved cancer pain along with nausea, anxiety, and distress when compared with no treatment. Neither dronabinol nor nabilone is approved by the FDA for pain management.

Whole Cannabis plant extract medicine: A study of a whole-plant extract of Cannabis that contained specific amounts of cannabinoids, which was sprayed under the tongue, found it was effective in patients with advanced cancer whose pain was not relieved by strong opioids alone. Patients who received the lower doses of cannabinoid spray showed markedly better pain control and less sleep loss compared with patients who received a placebo. Results showed that, for some patients, control of their cancer-related pain continued without needing higher doses of spray or higher doses of their other pain medicines.

Have any side effects or risks been reported from Cannabis and cannabinoids?

Adverse side effects of cannabinoids may include:

Because Cannabis smoke contains many of the same substances as tobacco smoke, there are concerns about how inhaled cannabis affects the lungs. A study of over 5,000 men and women without cancer over a period of 20 years found that smoking tobacco was linked with some loss of lung function but that occasional and low use of cannabis was not linked with loss of lung function.  Because use of Cannabis over a long time may have harmful effects on the endocrine and reproductive systems, rates of testicular germ cell tumors (TGCTs) in Cannabis users have been studied.

Larger studies that follow patients over time and laboratory studies of cannabinoid receptors in TGCTs are needed to find if there is a link between Cannabis use and a higher risk of TGCTs. A review of bladder cancer rates in Cannabis users and non-users was done in over 84,000 men who took part in the California Men’s Health Study. Over 16 years of follow-up and adjusting for age, race/ethnic group and body mass index (BMI), rates of bladder cancer were found to be 45% lower in Cannabis users than in men who did not report Cannabis use. Both Cannabis and cannabinoids may be addictive. Symptoms of withdrawal from cannabinoids may include:

Are Cannabis or cannabinoids approved by the U.S. Food and Drug Administration for use as a cancer treatment in the United States?

The U.S. Food and Drug Administration has not approved Cannabis or cannabinoids for use as a cancer treatment.

Are Cannabis or cannabinoids approved by the U.S. Food and Drug Administration for use as a treatment for cancer-related symptoms or side effects of cancer therapy?

Publisher’s note: this Physicians Q & A about Cannabis and the Treatment of Cancer originated as a Physician Data Query (PDQ) originated at the National Cancer Institute’s (NCI’s) comprehensive cancer information database. The PDQ database contains summaries of the latest published information on cancer prevention, detection, genetics, treatment, supportive care, and complementary and alternative medicine. Most summaries come in two versions. The health professional versions have detailed information written in technical language. The patient versions are written in easy-to-understand, nontechnical language. Both versions have cancer information that is accurate and up to date and most versions are also available in Spanish. PDQ is a service of the NCI. The NCI is part of the National Institutes of Health (NIH). NIH is the federal government’s center of biomedical research. The PDQ summaries are based on an independent review of the medical literature. They are not policy statements of the NCI or the NIH.

Cannabis as a natural method for sleeping
September 12, 2019

Marijuana and Depression: Everything You Need To Know
November 3, 2016