Contaminated Cannabis: What You Don’t Know Can Hurt You 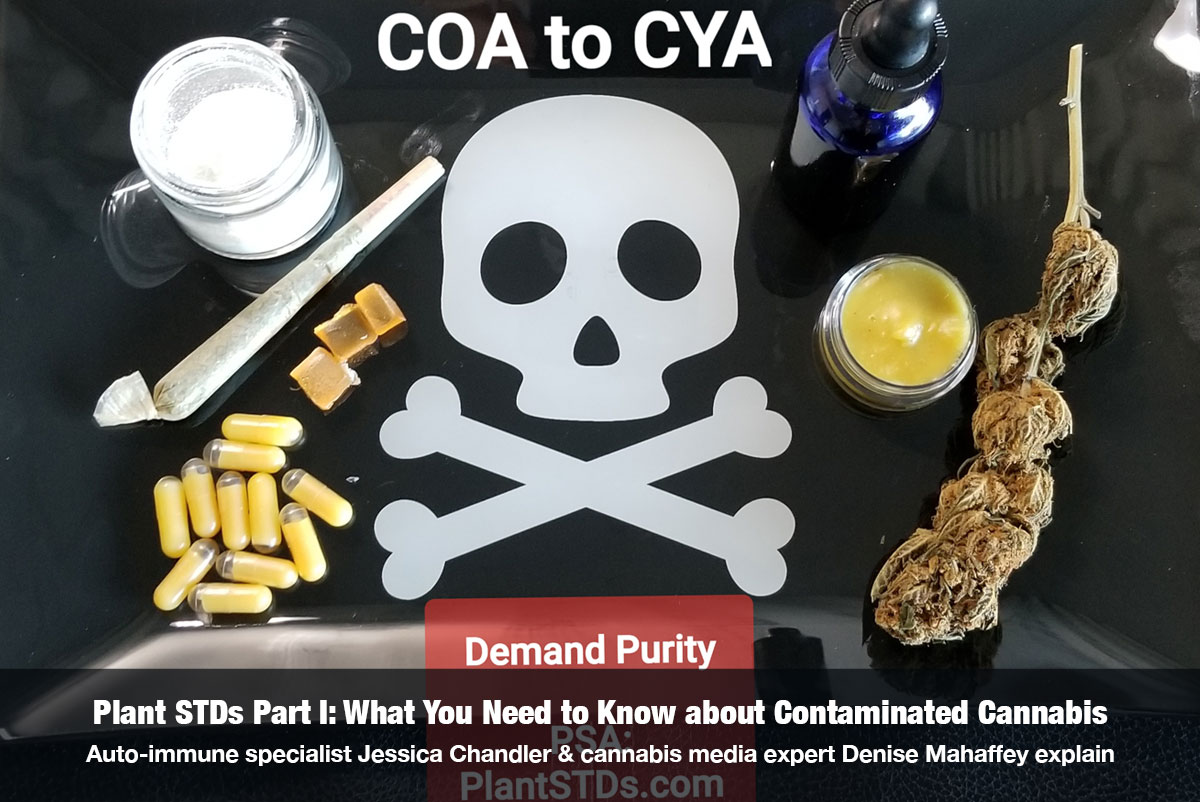 When news broke about fatalities caused by vaping, it was shocking to learn that products that are meant to be safer than smoking could be killing people. The sad truth is that too many people have died and suffered serious internal injuries after using vape pens. While many vaping deaths were associated with e-cigarettes with nicotine cartridges, it was disturbing to hear that some were associated with cannabis vape cartridges. This was a wake-up call for the cannabis industry – and new grounds for consternation about whether or not cannabis is safe for public consumption.

To be clear, the cannabis plant in its purest state is not a lethal substance and has never killed anyone so it stands to reason that the oils used in the vape cartridges were contaminated. But with what? And, it seems like a betrayal to the entire advocacy movement that any manufacturer allowed a contaminated cannabis product to escape into the market. Medical marijuana is saving lives and patients need to trust that their medicine is not going to kill them.

As Americans, we put a lot of faith in the government oversight of our food and medicine supply. But, the truth is that few of us really know what they’re made of. Think about it – when was the last time you asked to see a certificate of analysis for a medicine prescribed by a doctor? How many people really think about the chemicals used to grow, process or preserve the foods we eat or question where exactly the prescription medicines we take were made? How many of us connect the food we ingest with the increasing prevalence of auto-immune diseases or cancer in our society.

The vaping crisis should serve as a wakeup call, not just for the cannabis industry, but for all of us to start paying more attention, asking more questions and demanding better oversight.

To be safe, a good rule of thumb is to buy only products that offer consumers full transparency and avoid those that don’t.

As for cannabis, most states require growers and manufacturers to test their ingredients and make certificates of analysis available to consumers upon request. But state-mandated testing of the cannabis plant substances may not be sufficient enough to detect all of the contaminants that led to the vaping deaths – cannabis producers need to also test their soil and substrates used to grow their plants. That’s the topic of today’s show and our guests unearthed some shocking revelations about the underlying cause of the vaping injuries. in a report they co-authored called Plant STDs.

Auto-immune specialist Jessica Chandler and cannabis media expert Denise Mahaffey co-authored a report on PlantSTDs.com about their shocking discovery that substrates could be partly responsible for the poisons found in vape products that are making people sick.

As a PR specialist, Denise has represented clients in emerging and existing markets with a focus on cannabis enterprise and organizations that have been a catalyst for positive change. She is actively involved in advocacy groups such as NFL Pro Bowl Computers for Kids, XEROX N.A. Reseller Advisory Council and the U.S. Hemp CBD Media Industry Foundation since 2013. She is a “40 Under 40” Award recipient, Board Member of Dress for Success San Diego and producer and host of Inspire San Diego.

If not for the generosity of our supporters, we wouldn’t be here! We’d first like to express gratitude for our radio sponsors Blue Mountain Energy and Cannasphere Biotech. We are grateful! Many thanks go to Erik Godal for our theme “Evergreen.” We’d also like to shout out to XRQK Radio Network and Society Bytes Radio Network for broadcasting our show and Cannabis Radio for helping us spread the word online.