Pot, Dogs and Fireworks: Is Doggie ‘Pot’ the Answer to Calming Dogs this Fourth of July? 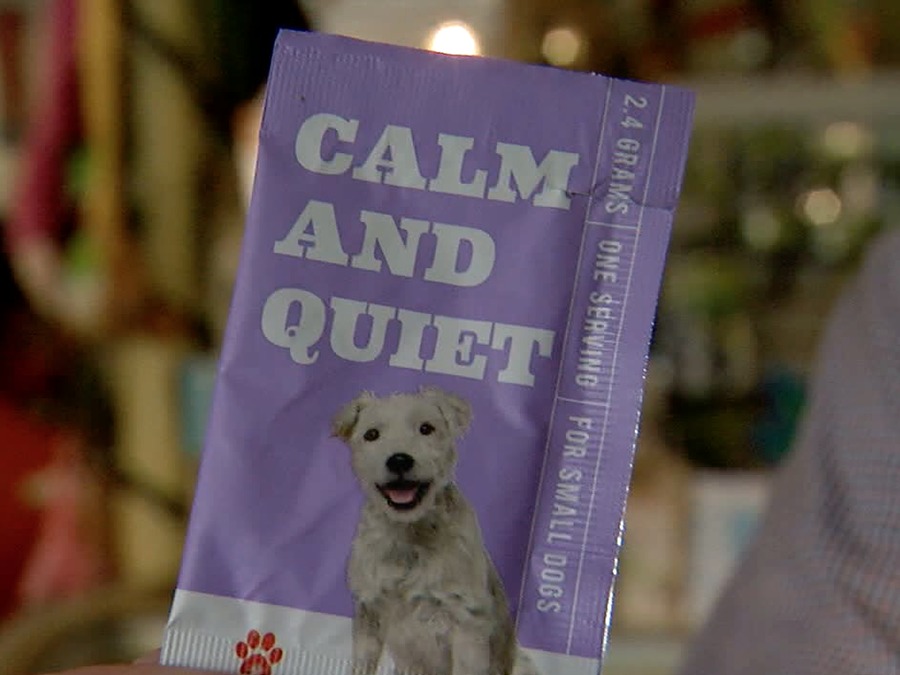 If you are already getting nervous at the thought of your dog bouncing off the walls this Fourth of July weekend, a new product called Therabis might interest you.

It’s derived from industrial hemp, but the manufacturer says it is not technically marijuana.

“There’s no THC in this product,” said Joe Hodas, spokesman for TherabisPet. “It’s not getting your dog high.”

At Mouthfuls Pet Shop on Tennyson Street in Denver, the owners said it is flying off the shelves.

Natalie Lesnikowski has a cattle dog mix and said her dog, Bonnie, can be a real terror. “She’s sometimes referred to as ‘Bonster the Monster,’” Lesnikowski said.

So when Bonnie went in for surgery a few weeks ago, Lesnikowski said she had to try something to calm her pooch down.

“When she was pacing and whining and kind of running around the house post-surgery — it just brought her down a notch,” said Lesnikowski.

She tried Therabis and her dog was an instant fan, so naturally, so was she.

“It worked. With the Therabis (Bonnie) ended up sleeping until 3 a.m.,” said Lesnikowski.

Therabis hit the market in January.

Because of its low amounts of THC, it’s also legal to sell over-the-counter.

“We ship to all 50 states and some countries,” Hodas said. “And that’s also, of course, why we’re able to sell it in a beautiful pet store like this.”

From doggie cupcakes to Trump and Hillary chew toys, Mouthfuls is now adding doggie cannabis to the mix.

Lesnikowski said she’s ready for the fireworks this Fourth of July.

“It’ll be interesting to see how she does,” said Lesnikowski.

The product sells for anywhere from $30-$50 for a 30-pack. Dogs generally start feeling results within 20-30 minutes of taking the cannabidiol.

It works for about six to eight hours. It’s flavored with veggie bacon and molasses.