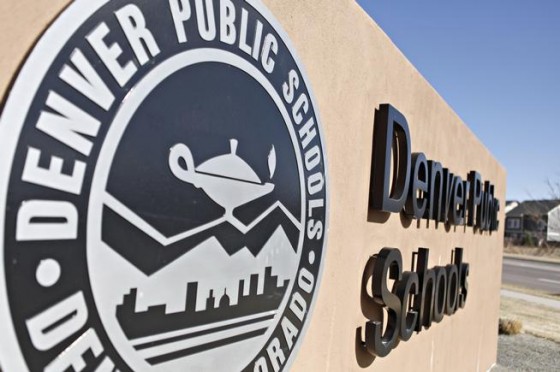 An animated video from Denver Public Schools hopes to remind voters that the district is not as flush with cash from marijuana tax money as some might think.

In the two school years since the state legalized marijuana sales, the district says it has seen zero of the state tax money earmarked for schools. Says the state: Hey, they didn’t ask.

To get a BEST grant — available to all public and charter schools — schools or districts must apply, said Scott Newell, director of the division of capital construction.

The district’s video (below), is titled “Didn’t marijuana legalization help fund schools?” and begins by asking viewers to play a game called “fact or myth.”

“Fact or myth,” the video says. “Denver Public Schools get a significant amount of funding from marijuana taxes. This one is a myth.”

The video goes on to explain that while the marijuana excise tax does help school districts across the state, Denver isn’t one of them.

A DPS weekly newsletter touting the video said the reason why Denver doesn’t receive funding from pot taxes is because the funds are “set aside primarily to support school districts in rural parts of the state, as well as school districts without local bond support.”

The district does not mention in the video or newsletter that it is just as eligible to apply for a grant as its rural counterparts.

“I do not believe it’s misleading,” Ferrandino said. “I think it’s more a misunderstanding by voters who believed a 30-second sound bite of what the Amendment 64 campaign said versus the reality of where that money was going.”

So why the reminder?

The district is potentially proposing to ask Denver voters for a bond and mill levy increase, meaning DPS wants to remind constituents that all that pot tax money isn’t doing much to help Denver.

The school board will vote in June as to whether the mill levy increase — which would increase school funding — will make it on the 2016 ballot.

“When you ask people now — especially in Denver — they’re thinking that money is coming to DPS,” Ferrandino said.

Although the district didn’t apply for a grant, Newell said at least one Denver charter school has.

It isn’t unusual that a district as large as Denver chose not apply for a grant, Newell said.

“A lot of the bigger districts don’t apply because a lot of the times they have the resources to do things on their own,” Newell said. “Most of our projects usually come from school districts that have less financial capacity and need the money to offset cost.”

The video does mention that the district takes in some money from the city of Denver’s collection of taxes on marijuana sales. This money is used mostly to support after-school and summer educational activities, DPS said.

“DPS receives about $1 per student through these city resources,” the video says.

This year, BEST has received 53 grant applications from about 40 of the more than 150 school districts in the state, Newell said.

The grant program — established in 2008 and also funded by lottery proceeds, State Land Trust money and interest — has funded 261 grant applications in 124 school districts. Marijuana excise tax funds started in 2014 and account for 5.4 percent of the BEST program.

“We don’t have any control over where that goes,” Lynn Granger, spokeswoman for the state Department of Revenue said of the excise tax money given to the program. “We just kind of hand that money over to BEST, and then they provide grants to the schools.”