Appealing to a Higher Court: PTSD as a Qualifying Condition 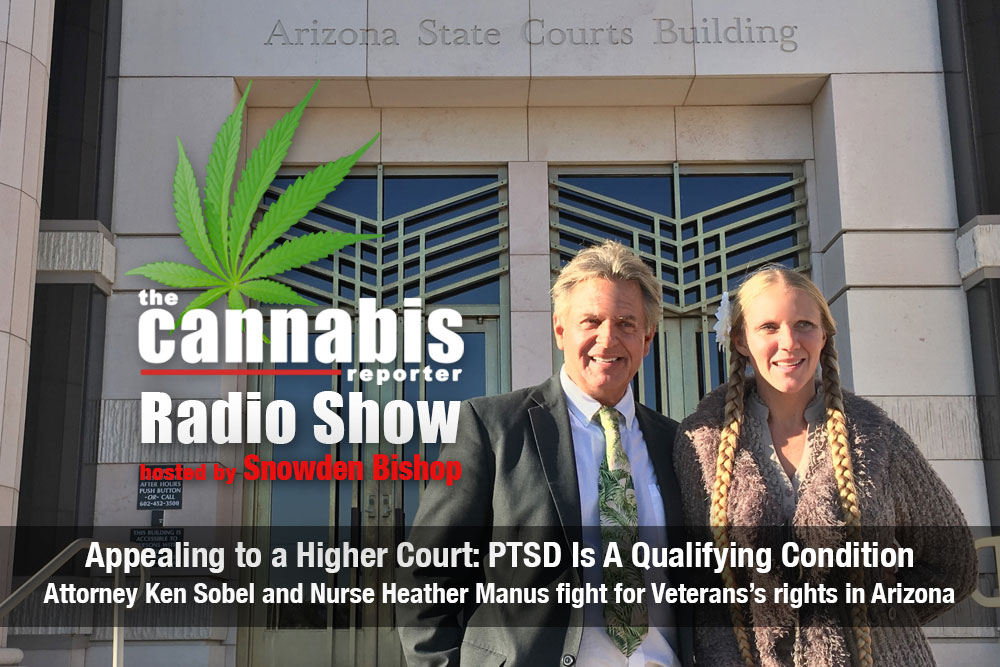 In Arizona, where Prop 205, the adult use measure failed to win a majority vote, legislators are hard at work with two measures in process to limit the scope of the existing medical marijuana law, which passed in 2010. At the same time other measures are being introduced to expand the number of qualifying conditions.

PTSD is conspicuously absent from Arizona’s medical marijuana program. Efforts to add it have been met with resistance by the state’s Department of Health and Human Services. Arizona Cannabis Nurses Association challenged the state in court and, when Superior Court judge ruled in their favor, the State added a provision requiring PTSD patients to prove ongoing conventional medicine treatment as a condition of qualifying for a medical marijuana card.

That additional burden was unacceptable to Nurse Heather Manus, who works with veterans suffering with PTSD. She understands that ‘conventional treatment’ has accounted for thousands of deaths by overdose and suicide. Together with attorney Ken Sobel, she has taken the matter as far as the Arizona Court of Appeals in an effort to force Arizona to name PTSD as a qualifying condition.

That’s the topic of today’s show and I’m delighted that both of them were available to talk about how the new rule will affect veterans. Nurse Heather also tells us about a frightening encounter she had with U.S. Border Patrol inspectors when crossing the state line — a situation many medical marijuana patients have experienced while traveling with their medicine.

Before we get started, we’re excited to welcome our new medical expert Dr. Bryan Doner, an attending E.R. physician and founder of Compassionate Certification Centers, who has our Medical Marijuana Minute update. We also have a quick message from our sponsor, HempMeds.com. We’re grateful for their support!

Nurse Heather is a registered psychiatric nurse who serves on the board of the American Cannabis Nurses Association and as President of the Arizona Cannabis Nurses Association. She is also a certified cannabis nurse and medical director of a New Mexico cannabis dispensary since 2010. As an in-home psych nurse there she frequently helped vets with PTSD get off other harmful pharmaceutical medications that have serious side effects, and replace those with medical cannabis.

Ken Sobel is a San Diego-based lawyer who also serves as the Vice President and General Counsel of Grow For Vets, a nonprofit organization that advocates on behalf of veterans’ safe access to medical cannabis. Representing the Arizona Cannabis Nurses Association, he won a lawsuit against the State of Arizona to include PTSD as a qualifying condition. Challenged by the state, he has take the matter as far as the AZ Court of appeals. Watch his testimony here.