Publix Billionaire Donates $800,000 to Fight Medical Marijuana in Florida (Many Are Boycotting) 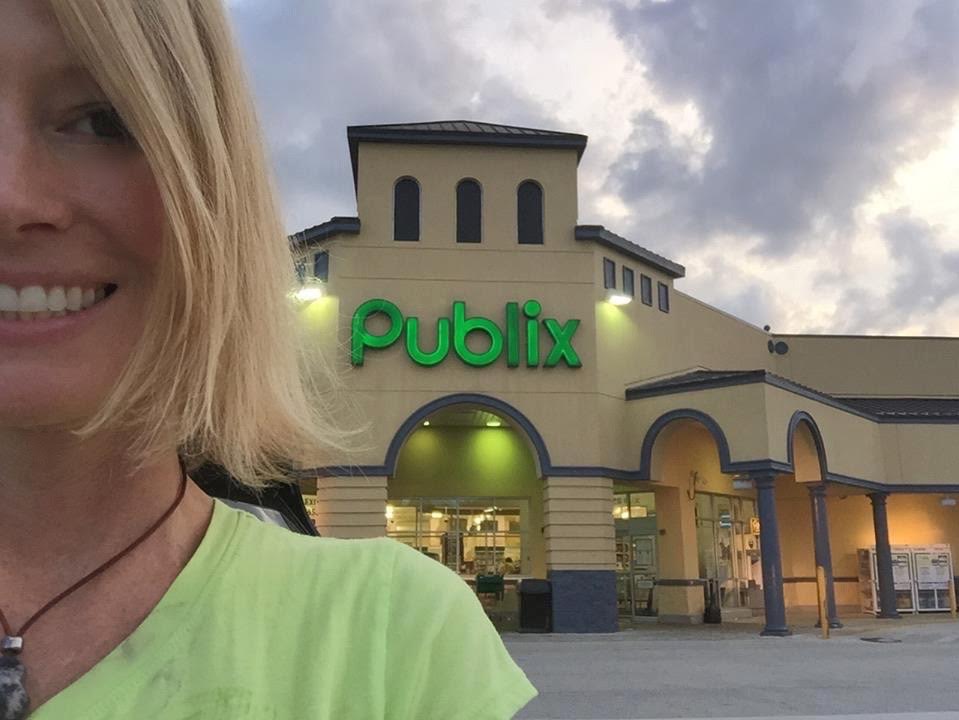 Here’s some real irony for you. The Family founders of PUBLIX (who Time magazine says is still their president)  just gave $800,000 to Drug Free America to fight  medical marijuana from passing here in Florida.

But the real irony? Her countless stores/pharmacies (started by her father in 1930 that have grown into a massive industry) sells boat loads of harmful drugs in, cigarettes and liquor. How do you like them apples?

Oh and it gets worse. The Publix stores her father founded are doing a 15.6 MILLION dollar expansion on their pharmacies! (Now they peddle dangerous oxycontin, but alas, they don’t seem to want medical marijuana legalized) Why would that be?

Sorry Publix. Too many of my readers think this is all about medical marijuana cutting into your pharmaceutical sales of millions or even billions, and has nothing to do with “the children”

Hell, amendment  2 barely legalizes it for patients! If anything it’s not nearly enough!

See Publix response here on their own page! (We used photo shop to take out the young man’s last name who asked them the question) 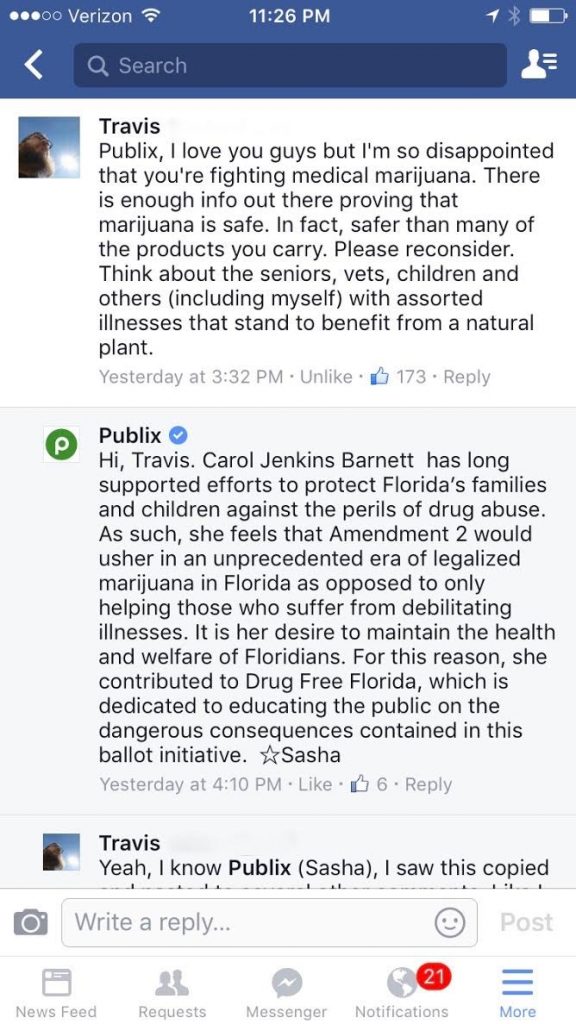 Publix, we are SO broken up. So don’t even think about calling. No late night visits and I won’t be back again. Lose my number.

The family that founded Publix has given $800,000 to a lobbying group fighting the legalization of medical marijuana in Florida.

The trust of Carol Jenkins Barnett, , made the donation earlier this month to the Drug Free Florida Committee, The Ledgerreports, citing financial disclosure records from the Florida Division of Elections. The group is opposed to Amendment 2, a measure up for a statewide vote in November that would allow doctors to prescribe marijuana for certain debilitating illnesses, according to The News-Press.

Barnett is the daughter of Publix founder George Jenkins. She was recently diagnosed with younger onset Alzheimer’s disease and stepped down from Publix’s board of directors in June, the company had announced.

Just in case you mentioned their sad copy paste job they’re pasting all over the net to anyone who asks- here it is.

“Carol Jenkins Barnett has long supported efforts to protect Florida’s families and children against the perils of drug abuse. As such, she feels that Amendment 2 would usher in an unprecedented era of legalized marijuana in Florida as opposed to only helping those who suffer from debilitating illnesses,” Publix said in a statement to TIME. “It is her desire to maintain the health and welfare of Floridians. For this reason, she contributed to Drug Free Florida, which is dedicated to educating the public on the dangerous consequences contained in this ballot initiative.”

My better half and I are officially boycotting you and encourage others to do the same. Do you know what could be done with that $800,000 dollars? We know that’s just lunch money to your founder. We hope your employees question you too.

There are other choices like the MUCH more affordable ALDI store, or your local farmer’s market. Trader Joe’s, Not my favorite; but whole Foods. Heck even Winn Dixiewould be a better choice for those of us in the South. (update I went to Winn Dixie tonight and was surprised at cheaper prices than Publix and more organic, that was a shocker) None of these chains are perfect (though farmers’ markets rock!) but better in my eyes than supporting a place who appears to defend the founding family’s contribution of nearly 1 million dollars to fight medical marijuana in my state!

Stay strong guys. We won’t be tempted and unless there are some huge changes and Publix does a 180.  We’re through.