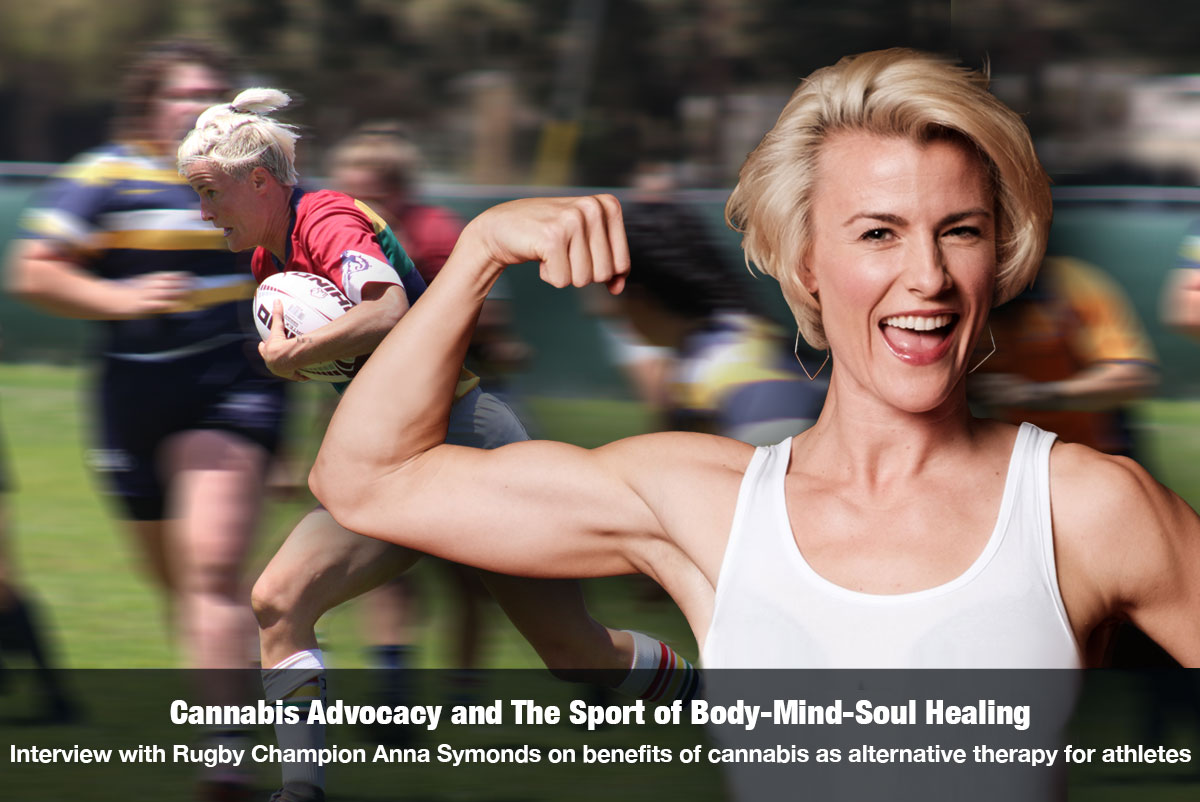 In the world of contact sports, athletes appear to have super human resilience. The ease at which they seem to shake off serious blows and get back in the game is nothing short of amazing, considering that any one such occurrence would have most of us carried off of a field in a stretcher and likely convalescing for weeks in writhing pain. Whether they’re keeping their eyes on the prize, or simply toughing it out for the good of the team, players pushing their physical limits like good warriors in the battlefield make it seem as though they’re completely oblivious to the risks of playing through injuries.

But off the field may be a different story. Strained ligaments, broken ribs, whiplash and concussive blows to the head are just a few of the injuries that can’t be ignored once the adrenaline subsides and the residual pain kicks in. The NFL, MMA, MLB and other contact sports leagues are notorious for dispensing conventional drugs to help athletes cope with those injuries. And, when NSAIDS don’t work, they won’t hesitate to prescribe opiates. While they may be effective for managing the immediate pain in the short term, they do little to address the chronic pain, inflammation and other problems repetitive injuries can cause later in life.

This is especially true of traumatic head injuries, which are all too common in contact sports. Medical researchers have begun to associate repetitive concussions with the degenerative brain condition known as Chronic Traumatic Encephalopathy or CTE, which often manifests as chronic headaches, insomnia and dementia. While it has been nearly impossible for doctors to definitively diagnose CTE in a living brain, former athletes experiencing the symptoms of it can attest that it is debilitating. While opiates, antipsychotics and benzos are often prescribed to treat symptoms of CTE, those drugs pose dangerous, irreparable side effects and have a high potential for addiction, which can make matters even worse.

This is where cannabis has proven to be a promising therapy for retired players afflicted with CTE and chronic pain stemming from a career of high-impact sports injuries. Those who have access to cannabis say that it is helping them cope with the symptoms and appears to slow the progression of the disease.

There is also mounting scientific evidence that cannabis is not only a safer alternative to commonly prescribed pain killers, it can help to protect players who are prone to repetitive concussive injuries. That explains why so many former athletes are actively pushing for their sports franchises to end the overprescribing of dangerous pharmaceuticals and, instead, allow the use of cannabis to treat sports injuries and protect the brain.

That’s the topic of this show and Rugby Champion Anna Symonds joins us to talk about her efforts to educate her league about cannabis, among other advocacy work she is doing.

Anna Symonds is a champion rugby player whose career includes a USA Rugby Division I National Championship (2014), selection to the National All-Star Competition, and a Sydney Premiership Championship (2003). She represented the USA at the 2015 Touch Rugby World Cup and has won three national championships in Touch with the Portland Hunters (2007, 2013, 2017). She has also competed in mixed martial arts (MMA). Anna holds a Masters of Arts degree in Communication from the University of Portland where she was named Outstanding Graduate Student of the Year in 2011. Professionally, she is a CBD educator and advocate with East Fork Cultivars’ CBD Certified program. She is also an Athlete Ambassador for the nonprofit Athletes for Care and, as a pledged brain donor to the VA-BU-CLF Brain Bank, she supports the work of The Concussion Legacy Foundation. She was also featured on a panel discussion at the recent Cannabis Science Conference in Portland with other athletes advocating for cannabis.

If not for the generosity of our supporters, we wouldn’t be here! We’d first like to express gratitude for our radio sponsors Blue Mountain Energy and Cannasphere Biotech. We are grateful! Many thanks go to Erik Godal for our theme “Evergreen.” We’d also like to shout out to XRQK Radio Network and Society Bytes Radio Network for broadcasting our show and Cannabis Radio for helping us spread the word online.