Steve DeAngelo: ‘We Won’t Stop Until Every Marijuana Prisoner Is Released’ 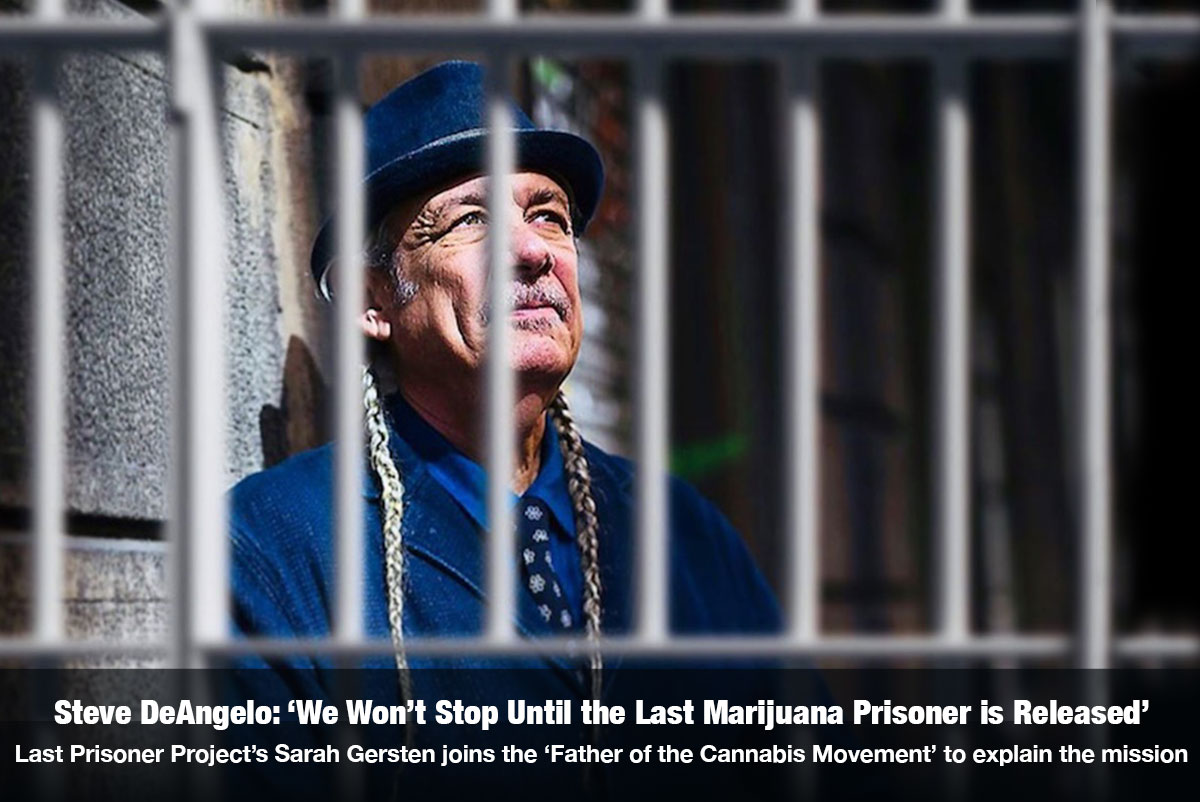 Not so long ago, very few elected officials would risk political capital supporting cannabis policy reform — even when confronted with the truth, that prohibition was predicated on a great deception which led to the mass incarceration of left-leaning and minority cannabis users. So deep was the stigma cemented in the American psyche that most lawmakers refused to even entertain a debate on the taboo issue. Thanks to persistent activism over the last several decades, public demand for legalization has grown to the point that lawmakers who don’t support it risk losing re-election.

And, rightly so… States regulating cannabis have experienced economic growth, less crime and fewer opiate fatalities while enabling patients to explore cannabis therapy without threat of prosecution. With indisputable evidence that cannabis is harmless and, in fact, saving lives, it never should have been scheduled alongside Heroin, Meth, LSD and other dangerous Controlled Substances, which begs the question, why hasn’t it been removed from Schedule 1?

There is no question that the arcane federal policy has caused more harm than good, especially among the minority communities most frequently targeted by law enforcement. It has destroyed the families of millions of incarcerated marijuana offenders and perpetuated an insidious cycle of incarceration and economic hardship when ex-convicts are stripped of voting rights and barred from securing housing and gainful employment. Even though cannabis is legal in more than half of the United States, law enforcement agencies are still prosecuting marijuana possession charges and thousands of offenders are still incarcerated. And for what?

Billions of tax dollars have been spent enforcing marijuana policy, prosecuting offenders and incarcerating convicts. With the exception of judicial personnel, the private prison and bail bonds industries as well as the elected officials who rely on their campaign contributions, no one benefits from locking up marijuana users.

Whether for political expediency or financial gain, the ongoing prosecution and incarceration of harmless individuals for violating a policy enacted for nefarious reasons amounts to an egregious miscarriage of justice. The sinister truth about that has been broadly publicized and lawmakers are not blind to it, so there’s no excuse to perpetuate the lie as if it hasn’t already been exposed.

Moreover, they know that a vast majority of their constituents know the truth about prohibition. With that knowledge comes a moral obligation to do the right thing. If our elected officials won’t fight for justice, it’s up to us to support the activists and advocacy groups that will.

That’s the topic of today’s show and our guests, Steve DeAngelo and Sarah Gersten, are doing just that under the auspices of a new organization named the Last Prisoner Project, which is launching a campaign to ensure every prisoner serving time for non-violent marijuana offenses is released.

Before we bring them in – Josh Crossney has an update about the Cannabis Science Conference coming up in the first week of September.

Also known as the “Father” of the cannabis reform movement, Steve DeAngelo is one of the most iconic industry trailblazers having spent more than four decades advocating for cannabis legalization. With a focus on the intersection of advocacy and entrepreneurship, he has created numerous profitable ventures that advance social goals. As co-founder of Harborside in Oakland California, he established one of the first six cannabis dispensaries ever licensed in the U.S., which modeled the gold standard for scalable cannabis retail and cultivation operations. He is also co-founder of the first lab dedicated to cannabis testing, SteepleHill Laboratories, and the first all-cannabis investment firm, The ArcView Group, as well as a number of other successful first-of-a-kind cannabis industry ventures. As founder of The Last Prisoner Project, Steve is channeling his passion and energy into securing the release of thousands of prisoners still incarcerated for marijuana-related offenses and helping ex-convicts expunge their records so that they can resume productive lives.

Sarah Gersten is a Harvard-educated transactional attorney and founding partner at Gersten Saltman, where she practices intellectual property law. She also specializes in legislative policy, regulations and international trade law having worked with a Congressional agency. She previously served as an associate at K&L Gates where she assisted public and private companies in initial and secondary public offerings, and advised companies on issues of formation, operation, and general corporate matters. As executive director and general counsel of The Last Prisoner Project, she is working with Steve DeAngelo to repair the harms caused by the criminalization of cannabis through restorative justice efforts.