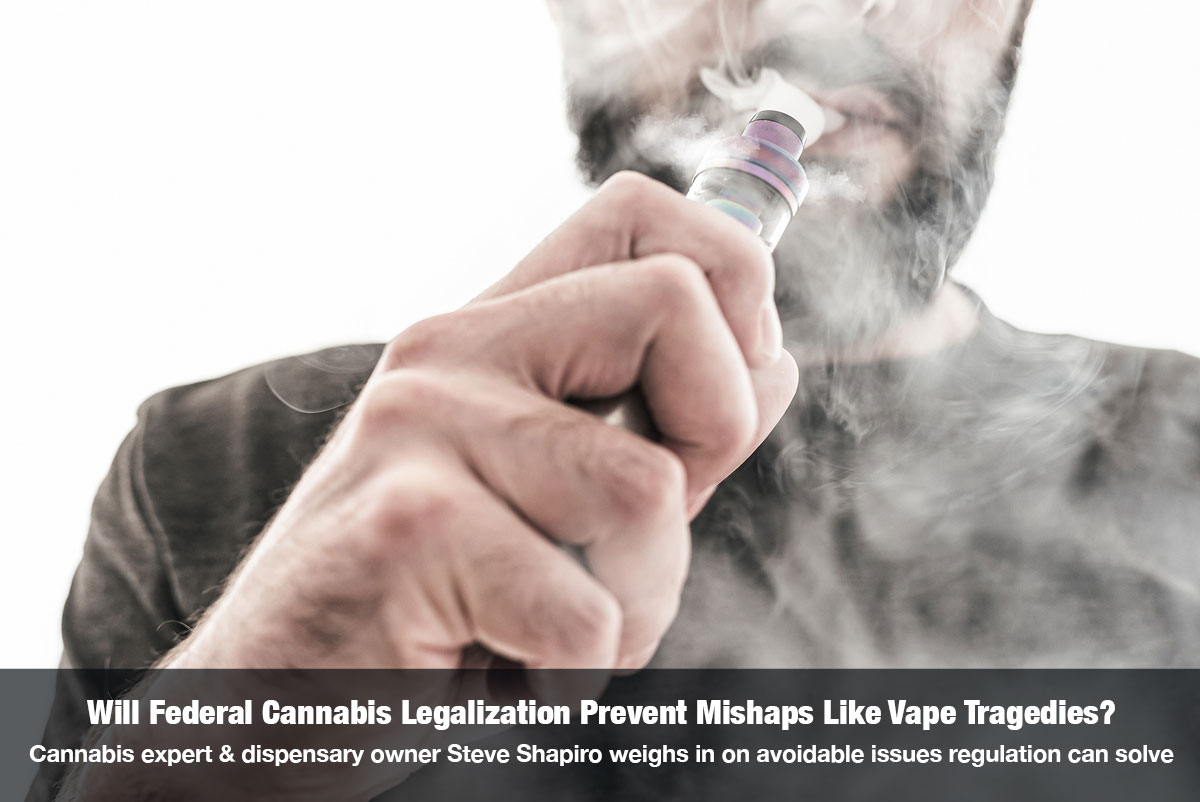 As one of our nation’s fastest growing sectors, the cannabis industry is on the precipice of complete liberation from the confines of prohibition – or so it would seem. With nearly every blue-ticket presidential candidate advocating for federal legalization and public acceptance at an all-time high, marijuana policy reform is beginning to appear inevitable. With an economic upside that’s hard to ignore, it’s no longer a matter of if, but when.

But “When?” is a good question.

Although business is thriving, it’s not without a lot of regulatory challenges no other conventional industry has ever had to overcome. Banking, insurance, patient access and standardization are just a few of the issues stakeholders have to work around on a daily basis.  Cannabis enterprises are also subjected to a higher level of scrutiny than conventional businesses.  But, despite the extraordinary challenges, the industry is still thriving and the economic upside is becoming harder for lawmakers to ignore. While pro-cannabis measures addressing the barriers, like the States Act for example, have been passed in Congress, they have yet to see the light of day in the Senate. And, until we have regulation to support the industry, stakeholders will continue to operate around the barriers.

But that’s a double-edged sword.

Forged by altruistic pioneers, the industry has for the most part policed itself for its own greater good.  While the lack of regulation has allowed for untethered innovation, research and development without the regulatory red-tape of FDA oversight, it has also left room for bad actors to raise red flags that invite more scrutiny of critics. Take for example the recent news about the numerous deaths caused by tainted e-cigarettes and vape products, which could have been avoided had there been sufficient regulatory standards in place to guide manufacturing best practices. Even though the CDC hasn’t identified a single culprit, and confirmed that deaths were related to non-cannabis ingredients and not cannabis, the tragic events present anti-marijuana lobbies aiming to shoot down legislation with enough ammunition to stop momentum.

That’s the topic of today’s show and our guest, Cannabis expert and dispensary owner Steve Shapiro, weighs in on how regulation will help avert these mishaps.

Steve Shapiro is the Founder and CEO of Superior Dispensary, one of the first Arizona-based companies to secure a license to own and operate a dispensary. Since then his dispensary business has expanded to also include an edibles kitchen, extraction lab and cannabis cultivation operation. Steve was a Financial Advisor for 25 years before entering the industry. Having studied cannabis and its history from a young age, Steve knew that the government was not truthful about cannabis and spent years collecting articles about cannabis. In the mid-1990’s, he had an opportunity to meet Jack Herer, whose book filled gaps of knowledge missing in his own research and strengthened his resolve to pursue a path that would lead to his work in the industry. By the time the Arizona Medical Marijuana Act passed, he had already become an expert and was well-prepared to open his first dispensary in July of 2013. As a patient, he has experienced first-hand the therapeutic benefits of cannabis. Having lost friends and family to various health issues, he is convinced that cannabis could have helped them if not saved their lives.

If not for the generosity of our supporters, we wouldn’t be here! We’d first like to express gratitude for our radio sponsors Cannasphere Biotech and Pro Series sponsors Sunstate Technologies and HUB Interntional. We are grateful! Many thanks go to Erik Godal for our theme “Evergreen.” We’d also like to shout out to XRQK Radio Network and Society Bytes Radio Network for broadcasting our show and Cannabis Radio for helping us spread the word online.