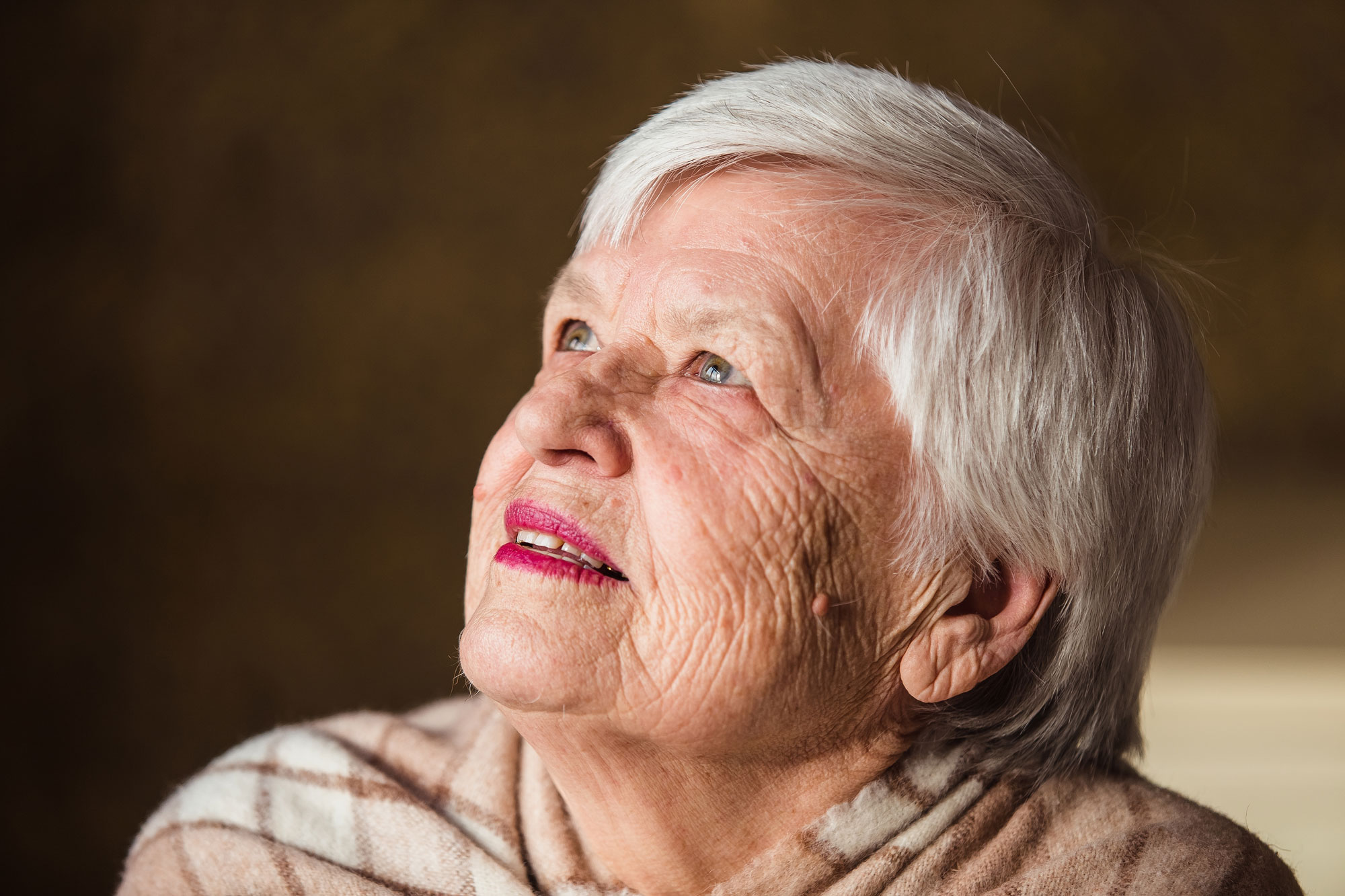 Editorial Note: This study, originally published in the Journal of American Medical Association earlier this year is of two recent studies examining the impact state cannabis regulation has had on opiate prescriptions written by health care providers each year.  This one quantifies data having to do with the rate of which opiate prescriptions filled by mature adults enrolled in Medicare Part D over a period of 15 years in states that are currently regulating medical marijuana or adult-use cannabis.

Key Points of the Study

Question  What is the association between US state implementation of medical cannabis laws and opioid prescribing under Medicare Part D?

Meaning  Medical cannabis policies may be one mechanism that can encourage lower prescription opioid use and serve as a harm abatement tool in the opioid crisis.

Importance  Opioid-related mortality increased by 15.6% from 2014 to 2015 and increased almost 320% between 2000 and 2015. Recent research finds that the use of all pain medications (opioid and nonopioid collectively) decreases in Medicare Part D and Medicaid populations when states approve medical cannabis laws (MCLs). The association between MCLs and opioid prescriptions is not well understood.

Objective  To examine the association between prescribing patterns for opioids in Medicare Part D and the implementation of state MCLs.

Design, Setting, and Participants  Longitudinal analysis of the daily doses of opioids filled in Medicare Part D for all opioids as a group and for categories of opioids by state and state-level MCLs from 2010 through 2015. Separate models were estimated first for whether the state had implemented any MCL and second for whether a state had implemented either a dispensary-based or a home cultivation only–based MCL.

Main Outcomes and Measures  The primary outcome measure was the total number of daily opioid doses prescribed (in millions) in each US state for all opioids. The secondary analysis examined the association between MCLs separately by opioid class.

Conclusions and Relevance  Medical cannabis laws are associated with significant reductions in opioid prescribing in the Medicare Part D population. This finding was particularly strong in states that permit dispensaries, and for reductions in hydrocodone and morphine prescriptions.

The United States remains gripped by the opioid crisis. Each day, 90 Americans die from opioid overdoses.1 Owing to the incredible reach of the opioid crisis—it has affected people of every race, sex, and age across our country—many stakeholders are trying to combat the crisis using multipronged approaches emphasizing prevention, treatment, and law enforcement.

In this issue of JAMA Internal Medicine, Bradford et al2 and Wen and Hockenberry3 report results suggesting that cannabis legalization may play a beneficial role in the opioid crisis. To examine the association between prescribing patterns for opioids in Medicare Part D and the implementation of state medical cannabis laws (MCLs), Bradford et al2 performed a longitudinal analysis of the number of prescriptions filled under Medicare Part D for all opioids as a group and for the categories of opioids by state and state-level MCLs from 2010 through 2015. Medicare Part D prescriptions for opioids fell by 2.21 million daily doses filled per year (95% CI, −4.15 to −0.27) when MCLs went into effect in a given state. The type of MCL implemented in these states was important as well, with greater reductions in opioid prescriptions observed in states with more structured MCLs that increased access to medical cannabis. Prescriptions for opioids fell by 3.74 million daily doses per year (95% CI, −5.95 to −1.54) when medical cannabis dispensaries opened, but only by 1.79 million daily doses per year (95% CI, −3.36 to −0.22) when states only offered allowances for home cultivation. Similarly, Wen and Hockenberry3 analyzed Medicaid prescription data from 2011 to 2016 and found that both medical and recreational cannabis laws were associated with annual reductions in opioid prescribing rates of 5.88% and 6.38%, respectively.

These investigations, while novel, had several important limitations. First, they are ecologic analyses: we do not know whether patients actually avoided or reduced opioid use because of increased access to cannabis. Although the analyses controlled for several important state-specific variables, there are a multitude of other factors that may affect the association between medical cannabis and opioids in a given state and that are known to be associated with regional variation in opioid prescribing that were not adjusted for such as racial composition, educational attainment, prevalence of disease, disability, and suicide rates.3 Finally, conclusions drawn from Medicare Part D or Medicaid data, which include primarily disabled individuals, individuals 65 years or older, and others with low income levels, such as families, children, or pregnant women, may not be generalizable to other demographic groups.

Nevertheless, these results do dovetail with preclinical research showing that cannabinoid and opioid receptor systems mediate common signaling pathways central to clinical issues of tolerance, dependence, and addiction. These concepts support anecdotal evidence from patients who describe a decreased need for opioids to treat chronic pain after initiation of medical cannabis pharmacotherapy. The current investigations by Bradford et al and Wen and Hockenberry also build on other evidence derived from administrative data sets suggesting that implementing medical cannabis or recreational cannabis policies may be associated with reduced opioid use and mortality. Bachhuber et al4 used a time series analysis of MCLs and state-level death certificate data in the United States from 1999 to 2010 to examine the association between the presence of state MCLs and opioid analgesic overdose mortality. They found that states with MCLs had a 24.8% lower mean annual opioid overdose mortality rate (95% CI, −37.5% to −9.5%; P = .003) compared with states without MCLs. Finally, Livingston et al5 compared changes in monthly opioid-related deaths before and after Colorado stores began selling recreational cannabis and found that legalization of recreational cannabis sales and use resulted in a 0.7 per month (β = −0.68; 95% CI, −1.34 to −0.03) reduction in opioid-related deaths.

Not all studies, however, find that cannabis supplants opioid use. For example, Olfson et al6 used the National Epidemiologic Survey on Alcohol and Related Conditions (NESARC) data set to assess prospective associations between cannabis use and subsequent opioid use. Their analysis showed that cannabis use was associated with increased incident nonmedical prescription opioid use (odds ratio, 5.78; 95% CI, 4.23-7.90) and opioid use disorder (odds ratio, 7.76; 95% CI, 4.95-12.2) at follow-up. However, the association between illicit cannabis use (as was the case in the study by Olfson et al6) and opioid use may be different than the association of legalized cannabis use and opioids. Nevertheless, the findings from NESARC demonstrating that cannabis use is associated with initiation of or increase in opioid use underscores the fact that rigorous scientific studies are needed to clarify the effects of cannabis use on opioid use. These studies should include analyses of medical cannabis and legalized recreational cannabis policies, along with clinical trials of cannabis and cannabinoids for conditions often treated by opioids, such as chronic pain.

For many reasons, ranging from significant barriers to research on cannabis and cannabinoids to impatience, cannabis policy has raced ahead of cannabis science in the United States. For science to guide policy, funding the aforementioned studies must be a priority at the federal and state level. Many companies and states (via taxes) are profiting from the cannabis industry while failing to support research at the level necessary to advance the science. This situation has to change to get definitive answers on the possible role for cannabis in the opioid crisis, as well as the other potential harms and benefits of legalizing cannabis.