Taking Stock: Are Marijuana Securities Worth The Risk? 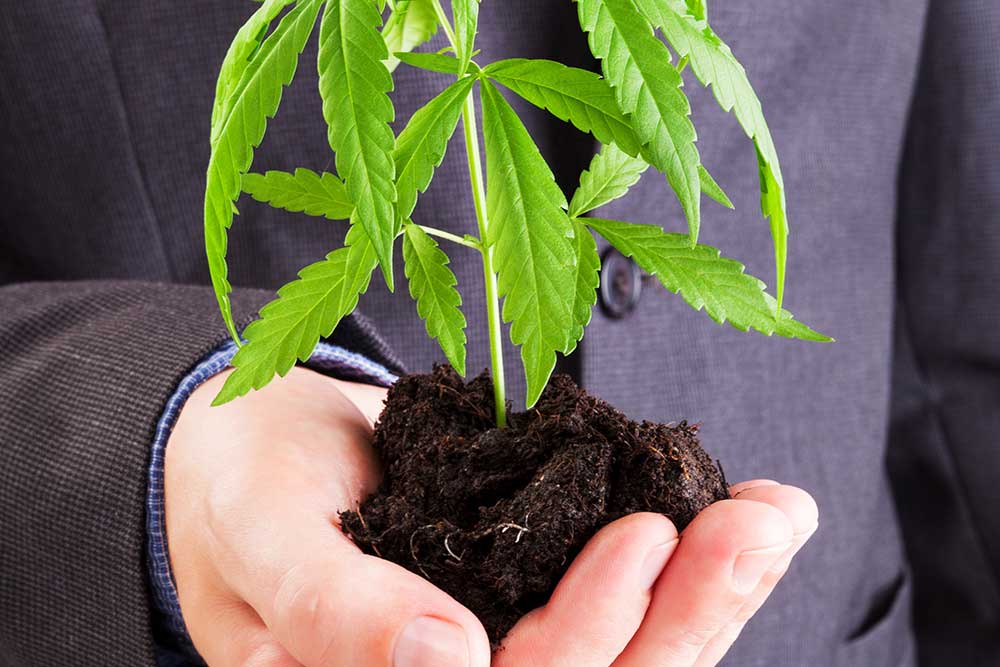 Legalization of medical and recreational marijuana has generated multi-million dollar earnings for growers, retailers and other early entrants into the marijuana industry. Sales of recreational marijuana soared to $5 million in Colorado and $2 million Washington in the first month of legalization in those states. The news caused a feeding frenzy for marijuana-related stocks that were trading on NYSE, NASDAQ and the Pink Sheets. Some penny stocks such as HEMP and MJNA showed a whopping 1100% gains following the 2014 elections.

However, the “high” was short lived when the huge rise spurred a massive sell-off. That, combined with news of ongoing banking snarls and a number of stocks facing SEC hiccups, created a perfect storm for those securities to plummet nearly as fast as they had risen. Investors who bought in late and didn’t cash out soon enough lost money. Those who decided to wait it out are likely holding stock with little to no value and a only a glimmer of hope they’ll ever recuperate those losses. Even those few marijuana securities that managed to graduate out of the pink sheets into NASDAQ and the NYSE lost value, albeit not as much as the penny stocks.

Marijuana stocks saw a bit of a bump in 2015 when news broke that Oregon reported $11 million in sales during its first month after dispensaries were legally able to sell marijuana for recreational use. However, that recovery was again short lived, which was perplexing given that Oregon’s initial sales were more than double Colorado’s first month of recreational sales, five times more than Washington. Despite the optimism in the industry at large, the extreme volatility of fledgling marijuana stocks coupled with ongoing pessimism about the whether these fledgling companies can survive long term has skeptics running for the hills. While died-in-the-wool advocates may hold onto hope for more stability, some critics say wishful thinking may amount to tunnel vision if their predictions of doom have merit.

Is there light at the end of the tunnel?

“Long story short, marijuana has a lot riding on 2016, and it very well could go down as the most important and transformative year for the drug ever,” said Sean Williams in an article he posted on January 2, 2016 at The Motley Fool, a popular blog catering to stock-market traders. With pending cannabis legislation in Congress, more candidates favoring legalization and more states adding marijuana bills to the ballots in the upcoming elections, investors are curious, if not excited, about whether there is potential to hit the jackpot once again, so to speak. Regardless, there is growing speculation that there may be hope for marijuana stocks after all, in the long run.

“Does that mean it’s time to throw your hard-earned cash into marijuana stocks? To that end, I’m still not certain,” said Williams, who reminded readers that Florida’s defeat in 2014 for medical marijuana and Ohio’s “thumping” in Nov. 2015 served as a reminder that anything is possible when it comes to voters. He reiterated that a lot depends upon the outcome of the 2016 elections. “By a similar token, nothing is ever guaranteed in Congress. Its makeup could have a lot of bearing on whether marijuana legalization is even on the table before the end of the decade.”

One investor who requested to remain anonymous told us that he had made a calculated risk by investing in about 10 different cannabis-related stocks just before Colorado and Washington voted on the recreational marijuana measures. For purposes of this article, let’s call him Joe.

“For me, I figured it was a long-term investment and that volatility in the beginning was a given, so I wasn’t paying much attention until I began to hear rumbles of the massive sell-off that occurred right after those stocks peaked,” said Joe. He acknowledged knowing they’d go through an adjustment, but that he never expected the extent to which they’d bottom out. “Fortunately, I caught the downward trend in time to realize a small gain, but I was too late to cash in at the peak.”

The instantaneous profit-taking that occurred as soon as those stocks exploded didn’t allow much time for the fledgling companies to capitalize on the gains. The U.S. Securities and Exchange Commission (SEC) was quick to scrutinize the cannabis companies, some say more rigorously than other securities, to ensure compliance with regulations. GrowLife (Pink Sheets: PHOT), a supplier for hydroponic growers, was one such company that looked promising when its stock rose to $.050 during the boom. At that point, they came head to head with an SEC investigation.

On April 10, 2014, the SEC announced the temporary suspension in trading of PHOT through April 24 because of questions that had been raised about the accuracy and adequacy of information in the marketplace and potentially manipulative transactions in PHOT’s common stock. Shortly after news broke, the stock value plummeted. Less reactive investors were left holding worthless stock, a problem only exacerbated by the gaggle of securities lawyers vying to file class action lawsuits against the company. Despite eventually resolving the SEC issue, the damage was done. PHOT stock never fully recovered from the the red tape, expense and loss of faith with investors, and the company has had a hard time financing its operations ever since.

To add insult to injury, the company has had difficulty keeping its bank accounts one. In its 10Q filing in the first quarter of 2014, the company reported that it was forced by its primary banking institutions to close its accounts on more than one occasion with no reasonable explanation from the banks.

“This is not surprising, as most banks are not very friendly with businesses that have anything to do with marijuana,” according to analysis by Seeking Alpha, another popular investment blog. “Growlife still has options. It can raise capital by finding private lenders and/or continue issuing stocks. Obviously, issuing stocks at these prices will force it to issue more shares than when the price was above 50 cents.”

Growlife isn’t the only company impacted by the lack of banking support. If banks refuse to work with them, their ability to finance operations is limited. Consequently, their bottom line suffers, despite substantiated sales. Subsequently, the lack of investor confidence drives the value of the stock down, which limits the amount of capital that can be raised by issuing additional stock. In fact, a number of marijuana stocks have bottomed out, which further diminished trust and found even the most enthusiastic speculators running for the hills. It’s an insidious cycle.

“At first glance, prospecting in marijuana stocks seemed to be a great investment. Unfortunately, once I began to dig beneath the surface I realized that some of the publicly-traded marijuana stocks are just shells speculating on newly acquired, ancillary companies. From what I can tell, most are still bleeding money despite the fact that the marijuana industry is booming,” Joe opined. “That’s not building much confidence among my advisors.”

As to whether investing in publicly traded marijuana companies would be worth the risk this time around, there are too many factors for anyone to know with any certainty.

While 2016 marks the first year Federal funds won’t be used to proactively prosecute growers of hemp or any company conducting above-board marijuana industry in states where doing so is legal, the fact remains that all forms of cannabis are still illegal under Federal law. As such, banking restrictions and excess tax burdens have yet to make financing any cannabis enterprise an easy choice for investors.

Another factor for stock market investors to consider is that a large percentage of cannabis enterprises, including those reporting millions of dollars in sales, are not publicly traded companies. Furthermore, very few of the publicly traded cannabis companies are actually attached to these very profitable, privately owned producers, despite innuendo to the contrary.

While marijuana enterprise has been quite profitable where permitted by law, publicly traded marijuana stocks have proven too volatile for even the most adventurous speculators to consider them to be a gamble worth the risk. Regardless of the outcome of the 2016 elections, it may take more than legalization, political advocacy and industry-wide success to restore investor trust in marijuana stock.

Williams suggests that it would be more prudent wait before investing hard money into those stocks, especially considering problems marijuana businesses are facing like minimal banking access and unfavorable tax treatment. “That, along with most marijuana stocks reporting ongoing losses, is a recipe that suggests you stay far, far away for the time being.”

On the other hand, some anticipate the inevitable legalization on a national level would mitigate most of the industry’s financial obstacles. Joe said he’s inclined to look beyond the growing pains and is hopeful for the industry in general.

“My advisors just roll their eyes and tell me I have tunnel vision. Despite their pessimism, I’m considering buying back in while the stock values are still low,” said Joe. However, he intends to follow their advice: Do your homework first, don’t spend more than you can afford to lose, and realize that it may take quite some time to realize any meaningful gains.

Publication disclaimer: The opinions expressed in this article including any subjective, forward-looking statements, are not intended to be deemed advice of any kind and should not be construed as such. Investors should consult with their own expert advisors before drawing any conclusions or opinions about any editorial matter contained in this article.