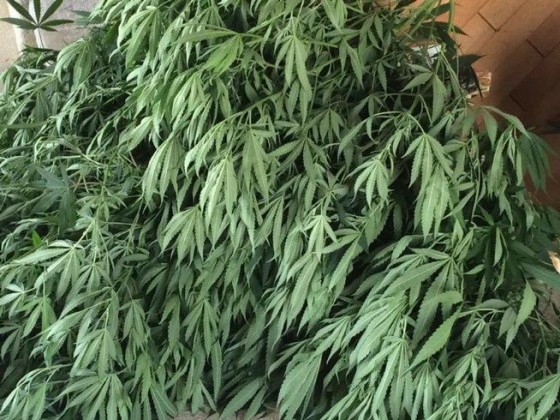 In a series of three busts, Pueblo County Deputies seized nearly $1 million worth of illegal marijuana in Pueblo West on Tuesday, according to a news release from the Pueblo County Sheriff’s Office.

Officers made six arrests and seized more than 820 marijuana plants, 90 pounds of dried marijuana and hundreds of thousands of dollars in growing equipment.

They believe the growers were using an indoor swimming pool to irrigate the plants, which were rooted in water rather than soil.

The release said Pueblo City-County Health officials condemned the home because it had mold on the interior and exterior walls. Electrical alterations made by the growers prompted Pueblo Regional Building to declare the home unsafe.

While investigating the Mangrum Drive operation, investigators discovered evidence of a second illegal growing enterprise at 647 Las Verdes Dr. They found 100 plants and around 40 pounds of dried marijuana in three rooms in the house. Investigators also found a number of freshly cut plants, which they believe came from the Mangrum Drive house.