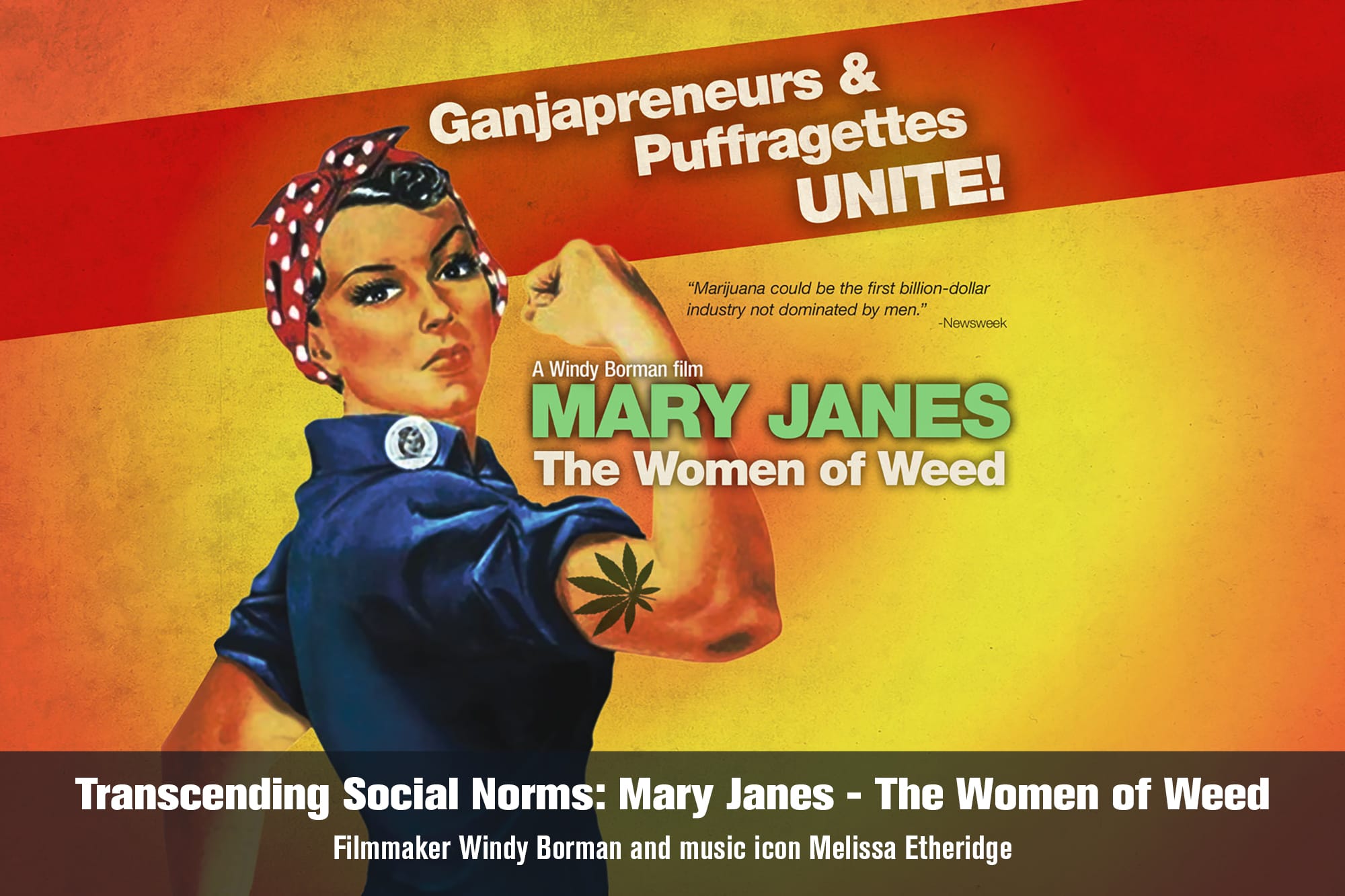 Women have given birth to some of history’s most impactful movements, usually conceived during dark periods of oppression. Invariably, breaking with social norms is considered taboo before someone, often a woman, dares to stand up for what’s right. Long before Rosa Parks dared to take that seat on the bus, Emily Wilding Davidson became a martyr for the suffrage movement by throwing herself under a horse before allowing herself to be thrown in jail for demanding a vote. Suffragists, or “Suffragettes” as they called themselves, were considered radical at the turn of the 19th Century. It’s not hard to imagine the discomfort some might have felt talking about it at first, much less casting a vote for the first time.

Before states began regulating cannabis, the subject was considered taboo for most self-respecting people. Even though more than half of the people in the United States now have legal access to cannabis, the lingering stigma remains source of discomfort for patients trying it for the first time.

But, like the Suffragettes, women have played a significant role in normalizing the conversation about cannabis, particularly in the context of fostering a sense of trust and building acceptance for the use of cannabis as a healing tool. It’s no surprise, given that women have inspired so many environmental, social justice and human rights movements that often start from a point of compassion. As influential leaders in the cannabis industry, women have been at the forefront of breaking through perception barriers and propelling public acceptance of regulatory reforms. They are also establishing new normals in corporate culture by transcending gender bias and demonstrating that compassionate leadership is a pathway to success.

That’s the topic of this week’s interview with filmmaker Windy Borman, director of the award-winning documentary, Mary Janes: The Women of Weed, and singer-songwriter Melissa Etheridge, one of the iconic influencers featured in the film. Windy explains how her own perceptions (and trepidation) about cannabis were transformed in the process of making the film, and Melissa talks about her personal battle with breast cancer, and how cannabis has improved her life. Together we discuss the ways in which women have empowered the industry, how their compassionate style of leadership has potential to change the face of American corporate culture at large and other revelations about social justice, sustainability and the importance of cannabis to human health.

Windy Borman, MST, is a multi-award-winning filmmaker and founder of DVA Productions. As Executive Producer and Director of the critically-acclaimed documentary titled Mary Janes: The Women of Weed, she received the Artemis Women in Action Film Festival award for Best Documentary – Pro-Action and the Rozene Supple Visionary Award presented by the Palm Springs Cultural Center at the Palm Springs Cannabis Film Festival. Her other recent films include the multi-award-winning documentaries, The Eyes of Thailand, which was narrated by Ashley Judd, and The Big Picture: Rethinking Dyslexia, which premiered at Sundance and on HBO. Other credits include producing performances for Dr. Maya Angelou and Margaret Cho and directing The Vagina Monologues. She has written for Kindland, takepart.com and Indiewire: Women and Hollywood.

Melissa Etheridge is an accomplished recording artist who has been advocating for social justice since her iconic music career began three decades ago. As a singer-songwriter-guitarist, she is best known for her melodic blend of rock-pop and soulful Americana with compassionate lyrics brought to life through her sultry vocals. Her achievements in music have been recognized with two Grammy® Awards, 15 Grammy Nominations and an Oscar® for Best Original Song for her recording of “Need to Wake Up,” which was featured in the groundbreaking documentary, An Inconvenient Truth. She is an ardent activist for a variety of causes from LGBT to climate change. As a cancer survivor who found healing through cannabis, she has become an outspoken advocate for compassionate care and uses her music to raise awareness about important social, environmental and humanitarian issues.

If not for the generosity of our supporters, we wouldn’t be here! We’d first like to express gratitude for our radio sponsors Alpine Miracle, Healthtera and Compassionate Certification Centers. We’d also like to shout out to the composer of our theme “Evergreen,” Dr. Bryan Doner for the Medical Marijuana Minute and XRQK Radio Network, Society Bytes Radio and Be Real Management for helping us spread the word. We are grateful!