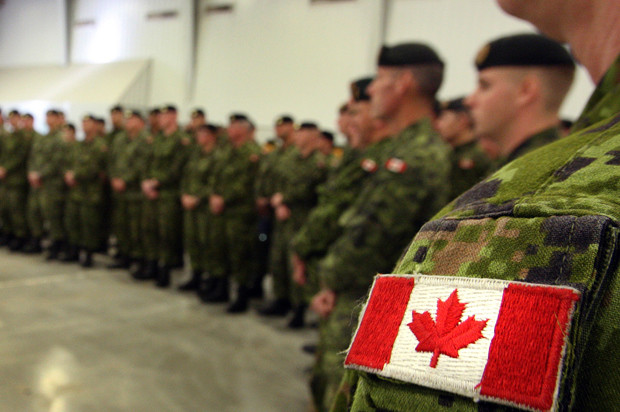 For veterans and first responders who struggle daily with Post Traumatic Stress Disorder (PTSD), effective treatment options are often limited. While many already know the benefits of treating PTSD with cannabis, legislation is stalled due to “lack of evidence” and the scientific community has yet to keep up with demand for acceptable studies on specific strains and doses for treating PTSD that would provide evidence needed to motivate lawmakers.

The pan-Canadian study titled “Prospective Observational Trial for Medical Cannabis in the Treatment of PTSD” is testing the effects of certain strains of medical cannabis for Veterans and First Responders in order to lessen PTSD symptoms and improve quality of life for patients and their families. Currently underway in Ontario, the study will also look at veterans in Nova Scotia, British Columbia, New Brunswick and Alberta. Medical offices across all provinces and territories in Canada will be invited to participate as partners to make this study a true representation of Canadian including veterans and first responders diagnosed and coping with PTSD across the country.

“This research study is a passion project and it is timely given the national attention that is being given to Veterans, First Responders and to mental health awareness overall. There has been a lot of anecdotal evidence and now it’s time for validated research.” said Bryan Hendin, President of Apollo Applied Research Inc. In a recent release, the company explained that the study is a logical step in assessing the efficacy of medical cannabis for this very serious mental health condition, as well as determining the safety of medical cannabis to reduce PTSD symptoms. Symptoms include flashbacks, nightmares, estrangement, detachment from other people, paranoia and sleep disturbance, leading to a significant impairment of quality of life.

Authors of the study hope that its results will provide insight for care providers seeking to expand treatment options for PTSD sufferers using cannabis. Apollo’s physicians have been among the first to prescribe medical cannabis at a time when many in the medical community steered away from this type of treatment.

Principal Investigators working on this research study include Dr. Paula Williams MD DAAPM, a diplomat of the American Academy of Pain Management, Dr. Adam Moscovitch MD, FRCPC, a combat veteran who now specializes in Sleep Medicine and Psychiatry, and Dr. Paul Smith MD CCFP, a physician who currently works with the Canadian Department of National Defense. Each of these doctors brings decades of experience treating PTSD with cannabis, primarily veterans and first responders.

The study is also enlisting advice of advocates in the veteran and first responder community who have a personal interest in seeing research on other treatment options for PTSD sufferers.

“Treating PTSD is a matter of life and death,” said Pat Stogran, one such advocate who wants to see better support and treatment for veterans suffering with PTSD. Having led the first troops into Afghanistan in 2001 as a colonel with Canadian Forces Princess Patricia’s Canadian Light Infantry, Stogran suffers from PTSD himself. Now retired, he became Canada’s first Veteran’s Ombudsman in 2007.

“We have learned a lot from our current Chronic Pain and Medical Cannabis research study on what strains and prescribing methods work best for our chronic pain patients,” said Hendin. “This is our second large-scale study and Apollo Applied Research is currently planning to conduct research on other conditions not yet explored.”

Hendin also noted that Canada is setting a leading example for other countries looking to put medicinal cannabis to the test for treating a variety of conditions. His passion for finding better solutions for patients with chronic pain started from a very personal experience with the lack of available and effective pain management alternatives. Due to the lack of research and clinical trials in the area of medical cannabis, Apollos medical and research teams are developing a number of research studies investigating the efficacy of medical cannabis in order to improve the quality of life for patients with particular medical conditions.

“Currently in the United States, studies are stalled due to the lack of federal approval of using cannabis for testing,” says Hendin. “This presents a challenge for conducting studies with American veterans who are struggling with PTSD.”

While cannabis legislation remains stuck in Congress, a vast majority of more than two million veterans currently living in the U.S. are suffering with effects of PTSD or chronic pain caused by combat wounds. Since “lack of evidence” is cited as a top reason Federal legislation allowing for widespread use of medical marijuana hasn’t been passed. No doubt a study of this kind can help push the issue and engender wider acceptance of cannabis as a viable treatment for veterans and first responders not just in Canada, but throughout the entirety of North America.