Unlocking the Mystery of Autism: Cannabis May Be the Key 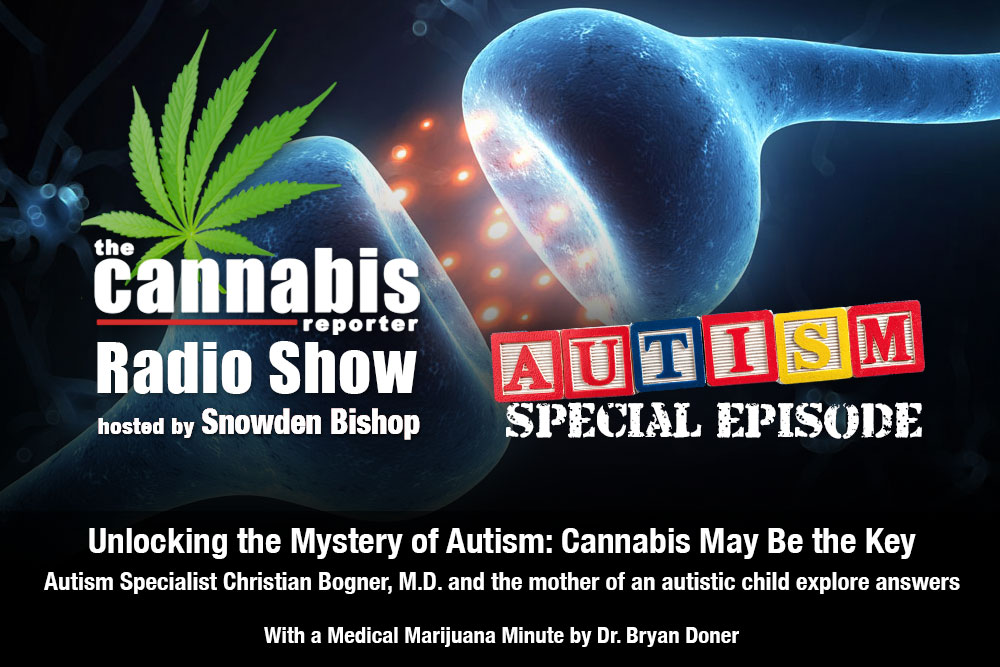 It’s hard to imagine the devastation, confusion and disbelief parents must feel when they’re told that their child has developed autism. Sadly, such news is becoming more and more common. In fact, on average, one in 48 children in the U.S. is diagnosed autism spectrum disorder, compared with only one in 10,000 children in the mid 1980s. Prior to that, a diagnosis of autism was a rare occurrence.

Scientists are only beginning to understand the causes of autism. While conventional thought points toward genetic or developmental causes, studies emerging from the World Health Organization and other international research institutions suggests that autism is more likely environmental, a consequence of increased exposure to heavy metals and toxic chemicals prevalent in our food, water and atmosphere in recent decades.There is also growing concern that vaccines may also be a factor, which is no surprise given that the dramatic increase in the number of children diagnosed with autism coincides with the increase in the number of inoculations administered to young children before the age of two – from an average of 6 in the 1990s to the current CDC recommendation of 23 different vaccines.

Researchers are beginning to find evidence that an inflammatory response in the brain triggered by exposure to a toxic chemical called glyphosate, the primary ingredient of the herbicide required to grow Round-up-ready GMO crops,  is a common denominator among autism patients. Widely used to grow GMO corn, soy and BT Cotton, this toxic chemical is found in 90% of corn and soy-based foods, including soda, candy and anything made with high-fructose corn syrup. Tragically, alarming concentrations of glyphosate have been found in prenatal vitamins, baby formula, breast milk of mothers contaminated by GMO food and all 23 of the standard childhood vaccine formulas.

When autism specialist, Christian Bogner, M.D. began researching the deleterious consequences of glyphosate poisoning more than a decade ago, he developed a theory that glyphosate triggers an immune response that blocks our bodies’ natural production of cannabinoids, which are needed to protect circuitry in the brain.

In today’s episode, Dr. Bogner  explains why he is convinced that cannabis could be key to unlocking the mystery of autism. Also joining us is Brandy Williams, a young mother of an autistic child whose remarkable progress on a medical cannabis treatment plan suggests that Dr. Bogner’s theory has merit. You’ll meet them both right after a brief message from our sponsor and Dr. Bryan Doner’s Medical Marijuana Minute update.

Brandy Williams is the mother of Logan, a special needs four-year- old boy who was a bright and vibrant toddler before being diagnosed with Autism at the age of two. His autism markers were extreme, manifesting as aggressive, self-injurious behavior that was so severe that he could not be around other children or attend preschool. Unwilling to subject her son to the debilitating side effects of the anti-psychotic medicine most commonly prescribed to autistic children, she explored the benefits of medicating Logan with whole plant cannabis. Within 20 minutes of his first dose, his behavior became manageable and he was able to make eye contact with his parents for the first time since his diagnosis more than a year earlier. Logan is now in school and has potential to experience a fulfilling life.

Autism specialist Christian Bogner, M.D. has been researching, writing about and speaking on the benefits of cannabis for managing autism spectrum disorders for the last decade. As former chief of surgery who is convinced that a healthy lifestyle is the best medicine, he added a specialty in Plant Based Nutrition with certification from Cornell University. He is currently working on novel treatment modalities for the autism spectrum. His core belief is that autism is an environmental disease based on his research linking evidence about GcMAF, cannabinoids, nagalase, glyphosate and advanced liver regeneration. In the coming months, Dr. Bogner will be speaking on autism and cannabis at the World Medical Cannabis Conference & Expo in Pittsburgh and featured on VICE’s Weediequette.

If not for the generosity of our supporters, we wouldn’t be here! We’d first like to thank our sponsors at Hemp Meds and Zephyr Labs. We’d also like to thank our producer Windy West at Star Worldwide Networks, Erik Godal, the composer of our theme “Evergreen,” Dr. Bryan Doner, our Medical Marijuana Minute contributor, XRQK Radio Network for broadcasting our show around the country, and Compassionate Certification Centers for helping us spread the word. We are grateful!