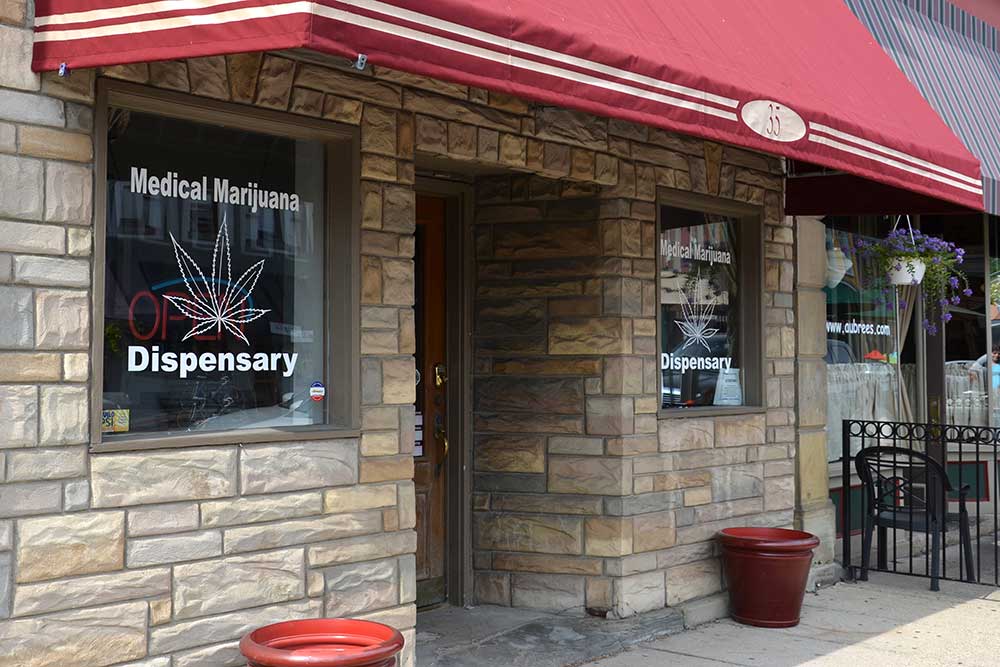 HANOVER, Pa. (WHTM) – A Midstate veteran says medical marijuana saved his life. He wants others to know about his experience since there is a high rate of suicide among veterans.

But because medical marijuana isn’t legal on the federal level, the VA still doesn’t approve of the treatment.

Craig Stewart goes to Knox Cannabis dispensary to pick up his medical marijuana. The Army veteran says his life has completely changed since beginning the treatment.

“I was given Vicodin, the opioids,” said Stewart, who lives in Hanover. “Four a day and then that turned into four years.”

The 45-year-old served in the Airborne Infantry and jumped out of planes for years. He didn’t want to be addicted to opioids.

But he still had PTSD and endured severe pain.

“The impact on your spine and other limbs is extreme,” said Stewart.

His day-to-day life was completely stalled until he tried medical marijuana.

Stewart wanted to share his story so other veterans know there’s hope.

But the VA still doesn’t approve of the treatment, because marijuana is illegal on the federal level. VA clinicians won’t prescribe or recommend it. It can’t be on VA properties either.

“They should change the legality from a Schedule 1 to a medicine,” said Stewart.

Congressional lawmakers have put forth multiple bills saying the VA should do research about medical marijuana.

Congressman Dan Meuser’s office sent us a statement saying he’d support that to “ensure our vets have appropriate access to effective, safe treatments for the conditions they face.”

Sen. Pat Toomey’s office told us he believes if there are chemical compounds proven to be medically useful, they should be available.

Stewart says because of medical marijuana, he now has the energy to give out backpacks with everyday items to homeless veterans.

Montel Williams on the Convergence of Cannabis Activism and Science
December 5, 2018