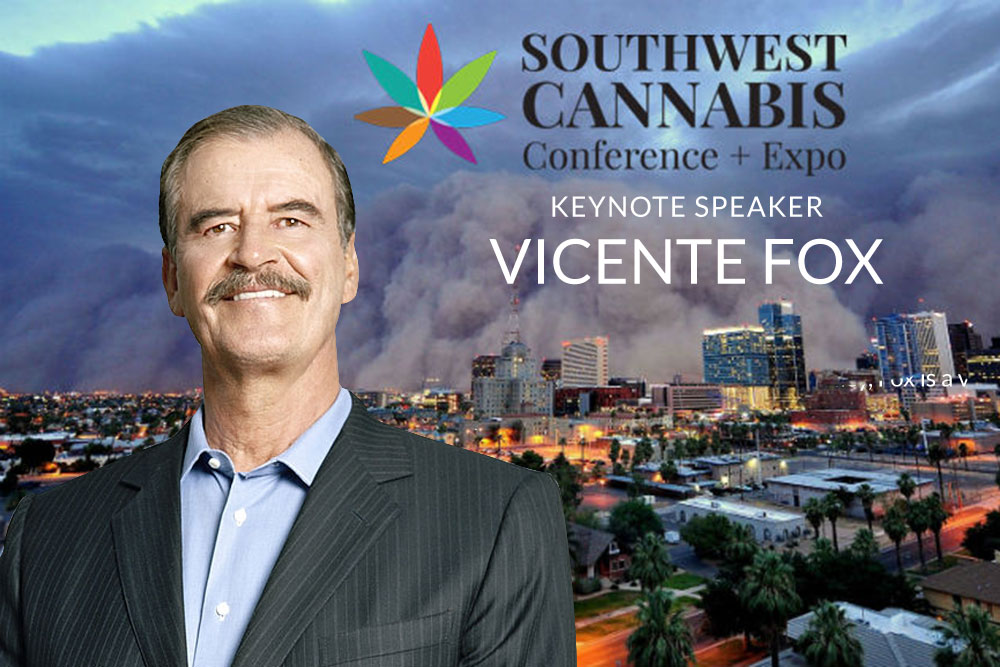 Mexico’s former President Vicente Fox is slated to deliver the keynote address at the 2017 Southwest Cannabis Conference and Expo in Phoenix this October. Fox, who served as Mexico’s 55th president between 2000 and 2006, was known for being charismatic and outspoken, particularly on ecologically progressive issues during his term. Since leaving office, he joined the Global Leadership Foundation, a not-for-profit organization that offers, discreetly and confidentially, a range of experienced advisors to political leaders facing difficult situations. Today, he is an ardent advocate for medical marijuana and a vocal proponent of decriminalizing marijuana on a global scale.

The SWCCE has become a national franchise hosting annual events held in Texas, Florida, California and Arizona and the first to launch internationally in Mexico City in February 2018. Considered a business-to-business event bringing together experts from the local, regional and national cannabis industry to network, the SWCCE is also of interest to general audiences interested in learning about the industry.

Other keynote speakers include Bruce Barcot, the award-winning journalist and author of the bestseller, Weed the People, and a surprise speaker to be announced later this summer. Other presenters include number of industry pioneers, doctors and cannabis experts who are there to educate and inspire, not just showcase their businesses.

The Phoenix event attracted hundreds of exhibitors and thousands of attendees last year. With high-profile advocates such as Vicente Fox headlining this year’s event, the 2nd to be held in Phoenix is expecting to attract even more, according to conference organizer, Demitri Downing, a former prosecutor and marijuana policy advisor. As always SWCC Expo will Featuring a unique theme, with this year’s focusing on THE CANNABIS WORLD OF TOMORROW. The 2017 SWCC Expo, which takes place at the Phoenix Convention Center on October 12, 13 and 14, promises an electric environment with a highly professional atmosphere where ideas for the future of cannabis will unfold.