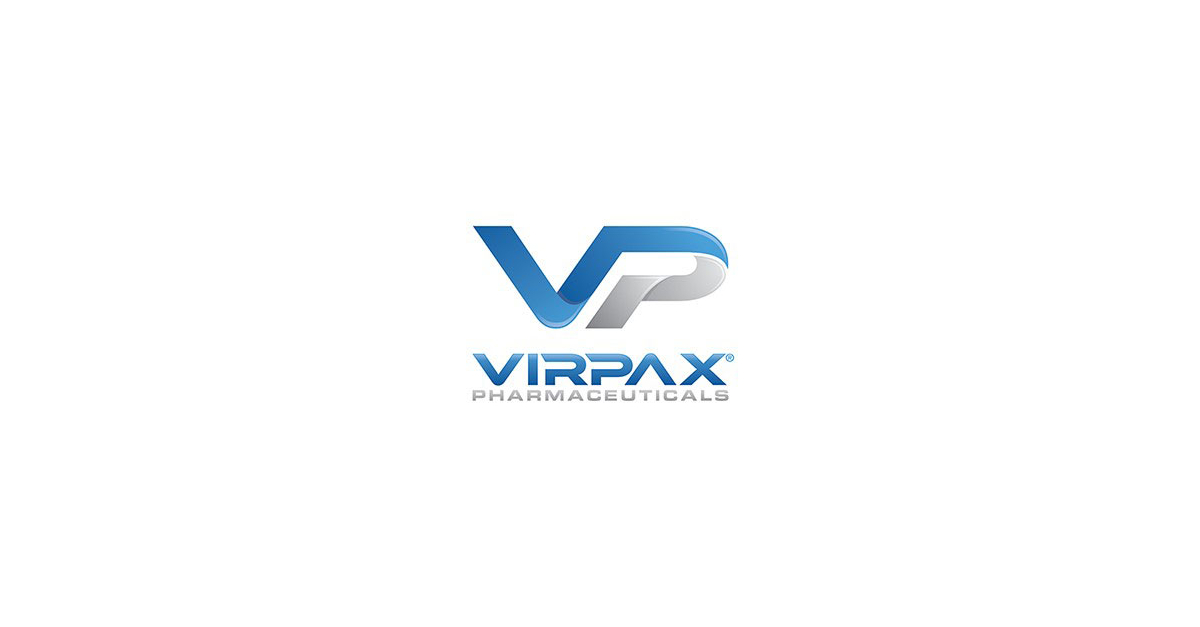 “We continue to advance our product candidate pipeline focused on pain, CNS and viral barrier indications,” stated Anthony P. Mack, Chairman and CEO of Virpax. “AnQlar’s preclinical studies continue to progress; we believe one of our preclinical virology studies shows an appropriate level of virus deactivation for a prophylactic viral barrier product candidate. We have a number of studies ongoing and expect to be reporting some results later this year.

“As we have previously stated, we are engaging in activities to potentially extend our cash runway as we move our product candidates forward. As part of this effort, we are evaluating grant opportunities and applying to those where we believe we have a reasonable chance of being selected. We recently announced and entered into a cooperative research and development agreement (CRADA) with the U.S. Army Institute of Surgical Research (USAISR) to evaluate Probudur™, our wound site injectable product candidate that has demonstrated at least 96 hours of pain control in pre-clinical trials. The USAISR is the U.S. Department of Defense’s (DOD) primary laboratory for developing solutions for trauma and critical care challenges in combat injuries and casualties,” continued Mr. Mack.

“We engaged Prequient Inc., a consulting firm with extensive experience in the Consumer Self-Care or over-the-counter (OTC) marketplace. The Prequient team has been instrumental in analyzing the consumer proposition and assessing alternative regulator pathways such as our switch to an OTC pathway for Epoladerm™, and the recently announced OTC medical device pathway for AnQlar. We believe being able to obtain potential approval for an OTC product or device should be less expensive and provide us with a faster drug development timeline and faster global approval track than the Rx prescription pathway that we originally were pursuing.

Research and development expenses were approximately $3.3 million in the quarter compared to approximately $0.3 million from the prior year’s second quarter. The increase in research and development expenses was primarily attributable to an increase in preclinical activities for AnQlar, Probudur and Epoladerm, a milestone payment related to VRP324, and a slight increase in preclinical and regulatory activities for Envelta.

The operating loss for the second quarter of 2022 was approximately $5.9 million, as compared to $2.3 million for the same period a year ago.

Cash provided by financing activities was approximately $15.3 million during the six months ended June 30, 2021, attributable primarily to net proceeds received from the Company’s initial public offering in February 2021 of approximately $15.8 million, after deducting underwriting discounts and offering expenses. This was slightly offset by repayment in full of the Company’s convertible promissory note of approximately $0.5 million in February 2021. No financing activities took place during the six months ended June 30, 2022.

This press release contains certain forward-looking statements within the meaning of Section 27A of the Securities Act of 1933 and Section 21E of the Securities Exchange Act of 1934 and Private Securities Litigation Reform Act, as amended, including those relating to the Company’s planned clinical trials, product development, clinical and regulatory timelines, market opportunity, competitive position, possible or assumed future results of operations, business strategies, potential growth opportunities and other statements that are predictive in nature. These forward-looking statements are based on current expectations, estimates, forecasts and projections about the industry and markets in which we operate and management’s current beliefs and assumptions.

These statements may be identified by the use of forward-looking expressions, including, but not limited to, “expect,” “anticipate,” “intend,” “plan,” “believe,” “estimate,” “potential,” “predict,” “project,” “should,” “would” and similar expressions and the negatives of those terms. These statements relate to future events or the Company’s financial performance and involve known and unknown risks, uncertainties, and other factors, including the potential impact of the COVID-19 pandemic and the potential impact of sustained social distancing efforts, on the Company’s operations, clinical development plans and timelines, including any switch to an OTC pathway for certain of the Company’s product candidates, which may cause actual results, performance or achievements to be materially different from any future results, performance or achievements expressed or implied by the forward-looking statements. Such factors include those set forth in the Company’s filings with the Securities and Exchange Commission. Prospective investors are cautioned not to place undue reliance on such forward-looking statements, which speak only as of the date of this press release. The Company undertakes no obligation to publicly update any forward-looking statement, whether as a result of new information, future events or otherwise.