Look Who’s Waging War Against The War On Drugs 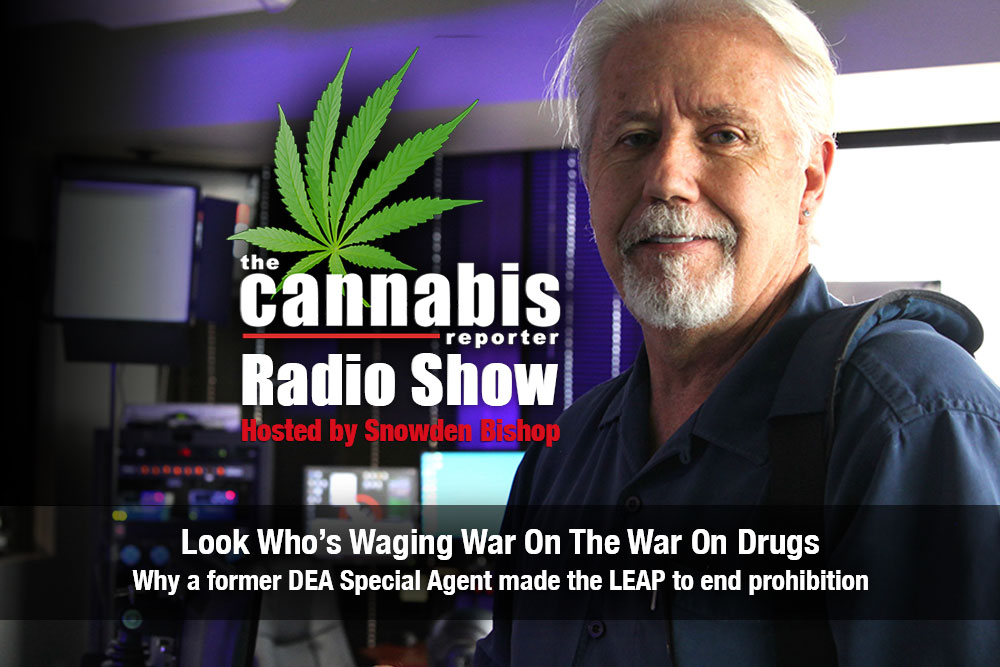 The theme of today’s show addresses the consequences of the “War On Drugs.” Anyone who has served in the armed forces or lived in a military family can attest to the strange dichotomy of pride and remorse that comes from the legacy of fighting at war. We’re learning that the same could be said for anyone who has fought against crime in law enforcement.

Being a World War II veteran was a great source of pride for my grandfather. Liberating Europe from the tyranny of a dictator who murdered millions of relatives of immigrants living in the U.S. was widely perceived as a cause worth fighting for. Victory in the face of overwhelming sacrifice was bittersweet – countless lives were lost, but more were ultimately saved.

On the other hand, meddling in the foreign affairs of two sovereign nations for political interests — not so much. Just ask any Vietnam veteran: Was it worth the cost of lives that were lost or destroyed? Was it worth the social unrest or economic burdens born by taxpayers at home? When I asked my own father, he gave me a resounding “no.” Since Vietnam, he has lived under a cloud of remorse – at great personal cost.

Let’s face it. War is hell, particularly when battle-weary soldiers wonder what they’re fighting for – or whether the war is even winnable.

Often compared to the Vietnam War, the War On Drugs has waged on for more than 4 decades making it the longest “war” in U.S. history. And to what end? The War On Drugs hasn’t curbed drug use or made a dent in organized crime. In fact, illicit drugs are more accessible, potent, dangerous and affordable than they were 40 years ago. With no clear victory or end in sight, isn’t it high-time to throw in the white towel and surrender?

That’s just one of many questions we posed to former DEA Special Agent Finn Selander who joined Law Enforcement Against Prohibition (LEAP) to support the movement to regulate marijuana like alcohol. With nearly 30 years of experience fighting the War On Drugs from the trenches, he has a unique point of view and compelling insights about the benefits of ending marijuana prohibition. He also answered questions posed by some of our Facebook followers — thanks to them for asking!

Our very own Nate Nichols set the stage with some provocative statistics about the impact the drug war has had on our society.

The laws, as they are now, are not working to PROTECT society, but helping to HARM society.

LEAP – Law Enforcement Against Prohibition – is a tax exempt, international, nonprofit, educational entity based in the United States. Modeled on Vietnam Veterans Against the War, LEAP and enjoys the same unassailable credibility when speaking out against the War On Drugs. Founded in 2002, LEAP has expanded from five founding police officers to include more than 150,000 supporters including police, judges, prosecutors, prison wardens, FBI and DEA agents, and civilian supporters of drug policy reform.

The son of a Holocaust survivor, Finn Selander grew up knowing he wanted a career fighting for truth and justice. He served in the U.S. Navy for nearly 10 years before starting his career in law enforcement, which began as a police officer for the Pensacola, Florida Police Department. He later joined the Drug Enforcement Administration (DEA).

As a Special Agent stationed in Miami, Florida, a notorious hub for drug trafficking, he worked in the field as the Marijuana Coordinator and a Demand Reduction Coordinator for a total of 13 years. A promotion to serve as a Public Affairs Officer relocated him to the DEA’s Albuquerque office.

Deep in the trenches of the War On Drugs, he realized that the U.S. policy regarding drug enforcement was not as beneficial as it was damaging to society, particularly in the low-income and minority communities. His concern about the real effectiveness of the War on Drugs intensified when he learned about an organization called Law Enforcement Against Prohibition (LEAP).

After retiring from the DEA, Selander served three tours as a war-time contractor in Iraq and Afghanistan before he joined LEAP. Today, he draws from his considerable experience in law enforcement to advocate for ending the War On Drugs and help the more skeptical among us to understand how responsible marijuana regulation will benefit society.