LOS ANGELES–(BUSINESS WIRE)–Building on its long-standing commitment to combat the stigma associated with cannabis, and to help shed light on the important social justice issues surrounding marijuana, Weedmaps today announced that the Weedmaps Museum of Weed will open to the public on August 3, 2019 in Hollywood, California.

“Today in the United States, someone is arrested for non-violent possession of cannabis every 48 seconds,” said Chris Beals, CEO of Weedmaps. “That’s over 650,000 arrests annually, consuming hundreds of millions of dollars and resources from law enforcement efforts. There has been too little discussion of the role that the prohibition played in a number of historical and ongoing social injustices.”

The 30,000-square-foot Weedmaps Museum of Weed is meticulously curated with interactive exhibits, art installations, historical artifacts and more, aiming to shed light on the tie between cannabis prohibition and racially disparate policies in hopes to drive advocacy and reform efforts.

“Our goal with the Weedmaps Museum of Weed is to demystify cannabis and its role in society, and to draw attention to the impact prohibition of cannabis has had on various social groups in the U.S. and beyond,” said Beals.

Located at 720 North Cahuenga Boulevard in Hollywood, the museum will inhabit seven exhibits and a special Plant Lab section:

“Visitors to the Weedmaps Museum of Weed will experience an accurate, unfiltered exploration into the world of cannabis throughout history,” said Beals. “The Weedmaps Museum of Weed will combine all the immersive elements you’d expect to find in the world’s finest museums across multiple categories, including cultural, fine art and natural history. There will also be plenty of artistic installations for those who want to share meaningful moments socially.”

Developed in partnership with VIRTUE, the Brooklyn-based creative agency born from Vice Media in 2006, the Weedmaps Museum of Weed will be open for a limited time, and will feature a gift shop with a robust collection of custom apparel, commemorative pop culture keepsakes, and a variety of cannabis trinkets. Additionally, the museum will house a full cafe catered by award-winning Crateful Catering. No cannabis or CBD products will be sold on-site.

“Despite increasing efforts to decriminalize cannabis, and overwhelming evidence about its benefits, stigma around weed continues to run deep,” added Beals. “Through the Weedmaps Museum of Weed, we hope to provide visitors with a robust understanding of the highs and lows of cannabis history, and to create a stronger understanding of the importance of this plant and its potential.”

In addition, our platform provides consumers with information regarding cannabis products across our web and mobile platforms, including listing local retailers and brands, facilitating product discovery and allowing consumers to educate themselves on cannabis and its history, uses and legal status. Headquartered in Irvine, California, Weedmaps employs more than 400 professionals around the world, including in Barcelona, Berlin, Boston, Denver, New York, Phoenix and Toronto. Visit us at www.weedmaps.com.

COVID-19 Impacts: Cannabis-infused Edible Products Market will Accelerate at a CAGR of over 22% through 2020-2024 | Growing Social Acceptance of Cannabis to Boost Growth | Technavio
August 10, 2020 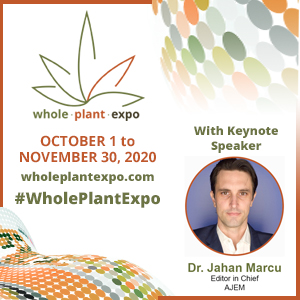