What Is A One Hitter And Its Uses? 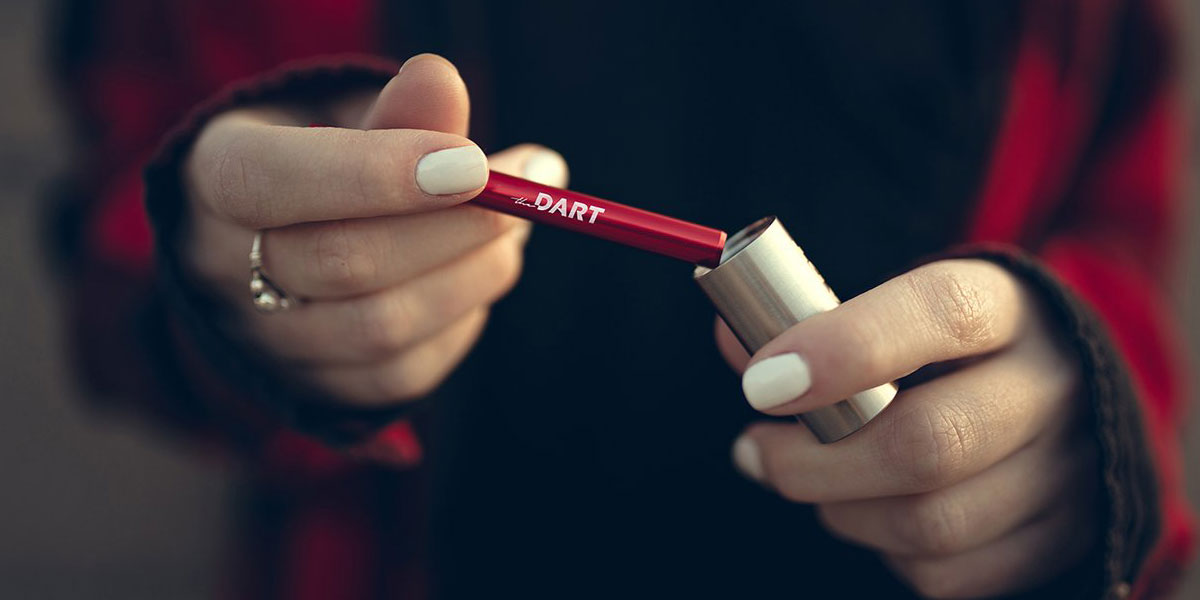 Each person has their own preference for ingesting cannabis. For those who are new to this, you’re probably consuming cannabis through edibles or CBD oils, but if your main goal is to get ‘high,’ your best bet would be to inhale the cannabis, and one of the best ways to do that is by using a one-hitter.

One hitter is a recently-developed inhalation device that has been the subject of interest of cannabis experts for the past few years. You may have heard of this type of tool through the DART—one of the well-known brands of one hitters.

Unfortunately, since it’s a relatively new product, it’s difficult to find more information about this device. You’re in luck since this guide will discuss what you need to know about one hitters. Let’s start with a definition.

What Is A One Hitter?

A one-hitter is a small pipe with a mouthpiece on one end and a bowl on the other end. As the name suggests, this product is designed for single inhalations, usually about 25mg of cannabis at a time. You can either use it as a standalone device or as a set with a dugout.

Dugouts are containers that can hold a one-hitter pipe and consists of a space for pre-ground cannabis. It’s similar to ashtrays, but instead of storing the ashes, a dugout is where you keep and refill a one hitter with cannabis by inserting and twisting it.

Aside from this, you’ll also find different variations of one hitters. You’ll find some that are made of glass and others that are made of metal. After all, there’s no one-size-fits-all approach when it comes to cannabis consumption, but that doesn’t mean that a one hitter is completely similar to other cannabis paraphernalia.

For your reference, below are some of the uses of one hitters:

The beauty of one-hitters is that it looks similar to cigarette pipes. Thus, if you ever want to smoke weed, you can do so in public with confidence. This is ideal for people who are uncomfortable with smoking using big paraphernalia.

Another factor that makes one hitters more discreet is the fact that it produces less odor. This is mainly because a one hitter sends the smoke directly inside your body rather than leaking the substance to the air around it. Hence, this suppresses the odor. The fact that the smoke enters your body directly also means that you can enjoy the high faster.

Compared to other cannabis paraphernalia, a one hitter has more efficiency since you receive more of the substance through the smoke. However, because of the small amounts that a one hitter can contain, you don’t get high immediately. You simply get more out of a certain quantity of cannabis than when you use other mediums, allowing you to save your supply for later.

Most cannabis paraphernalia is heavy and large. As such, if you want to carry it, for example, to your friend’s house, you’ll need to store it in a container, but that’s not the case for one hitter. Due to its size, your pocket should be large enough to contain the device.

By now, it should be clear why one hitters are becoming popular in the cannabis industry. After all, vape pens have become popular with cigarette smokers; it’s only natural for its cannabis counterpart to become the next talk of the town. However, that doesn’t mean all one hitters are great. It’s also worth spending more time choosing which one hitter to buy.