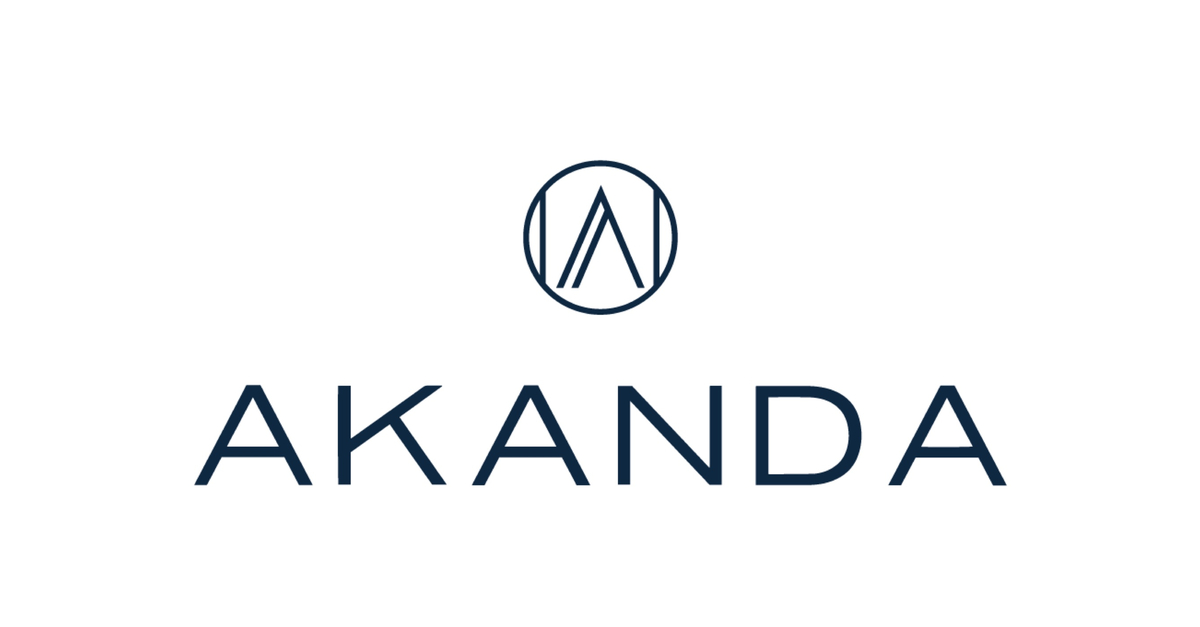 LONDON–(BUSINESS WIRE)–Akanda Corp. (“Akanda” or the “Company”) (NASDAQ: AKAN), an international medical cannabis platform company, today announced that the High Court of Lesotho (the “Lesotho Court”) has placed in liquidation the Company’s indirect, wholly-owned subsidiary, Bophelo Bio Science & Wellness (Pty) Ltd. (“Bophelo”). The action to place Bophelo in liquidation was taken by the Lesotho Court pursuant to an unauthorized application and request (the “Liquidation Application”) that was filed by Louisa Mojela, the former Executive Chairman of Akanda, who was recently terminated as Executive Chairman of Akanda, and the Mophuti Matsoso Development Trust (“MMD Trust”), which the Company believes was established by Ms. Mojela.

Tej Virk, the Chief Executive Officer of Akanda, stated, “The application that was filed by Ms. Mojela to place Bophelo, our wholly-owned subsidiary, in liquidation was taken without Akanda’s prior authorization, knowledge or consent. We therefore have reason to believe that Ms. Mojela’s actions reflect her efforts to retaliate against the Company in response to her dismissal and removal from the Board of Directors of Akanda on June 23, 2022, on the basis of a lack of focus on profitability under her leadership. It is appalling that Ms. Mojela would take the extraordinary and significant action of seeking to cause Bophelo to be declared insolvent without consulting with, or obtaining the consent of, the Board of Directors or the senior management team of Akanda, which is the beneficial owner of 100% of Bophelo’s equity interests, or even of the full Board of Directors of Bophelo itself.”

Akanda intends to convene a special committee to investigate Ms. Mojela’s actions and conduct, including actions and conduct taken by her prior to her filing of the Liquidation Application, and will pursue all of its available legal rights and remedies against Ms. Mojela and the MMD Trust for taking this unauthorized action. The Company also intends to contest and seek to reverse the determination by the Lesotho Court to place Bophelo in liquidation. In addition, Akanda will seek to recover significant loans that it has made to Bophelo to fund the execution of Bophelo’s business plan, including payment of rents and staffing costs, in the event that the Lesotho Court does not reverse its determination to place Bophelo in liquidation. Finally, Ms. Mojela has been summarily terminated as Chairman of Bophelo for Cause, as a “bad leaver”, as a result of her improper and unauthorized action to seek to place Bophelo in liquidation.

In an action taken without the Company’s knowledge, the Lesotho Court has ordered an insolvent liquidation of Bophelo, and has appointed Mr. Chavonnes Cooper of Cape Town, South Africa, as liquidator of Bophelo for purposes of maintaining the value of the assets owned or managed by Bophelo. The order was signed by the Honorable Mr. Justice Mokhesi on July 15, 2022.

Located near T’sakholo in the Mafeteng District of the Kingdom of Lesotho, Bophelo is one of the largest licensed landholders engaging in cannabis cultivation in the country. It leases the premises on which it operates from the MMD Trust, pursuant to a long-term agreement.

Bophelo’s operations consist primarily of a Good Agricultural and Collection Practices (GACP) qualified hoop house and shade cloth outdoor grow site, which completed its first harvest in May 2022. It is generating attributed run-rate operating losses of approximately $2 million annually and was previously budgeted to receive nearly $2.5 million of capital investment in 2022 to construct a 2.5-acre Cravo green house for the 2023 growing season.

Mr. Virk further stated, “Akanda believes that in this situation, Ms. Mojela, our former Executive Chairman, failed to consider or act in the best interests of either Akanda or our shareholders. We intend to reclaim what rightfully belongs to Akanda shareholders, which includes the Akanda Bokamoso Empowerment Trust, which was established to support our hard working and loyal staff at the Bophelo campus in Lesotho. While doing so, we remain committed to our mission of helping people lead better lives through improved access to high quality medical cannabis products.”

Continued Mr. Virk, “Having a presence in Africa was always about building for the long-term and making a social impact on our communities. In May 2022, Akanda acquired Portugal-based Holigen, an EU GMP certified medical cannabis producer, which has the means to potentially contribute profits to Akanda over the next six to nine months. With Holigen, Akanda believes it has more than sufficient capacity to produce premium quality indoor, outdoor and greenhouse medical cannabis within the European Union as the market matures. Additionally, with shifting market dynamics, we have found higher demand from German and UK customers for product produced in Portugal than Lesotho due to evolving EU regulations. In the event we are unable to reverse the determination of the Lesotho Court, Akanda may actually experience considerable savings and greater profitability as a result of reduced expenditures and the elimination of losses associated with Bophelo’s operations.”

Concluding, Mr. Virk stated, “Financially, the reality is that, an Akanda, without Bophelo, is on an accelerated path to profitability and positive free cash flow. As a team, we are focused on our core markets in the UK and Europe, and are already executing on a number of commercial sales agreements, all of which will leverage our Portuguese operations. Despite these realities, Akanda remains committed to Bophelo, its employees and the longer-term ramp-up of cannabis markets in Africa.”