Why A Conservative Dad Campaigns for Cannabis 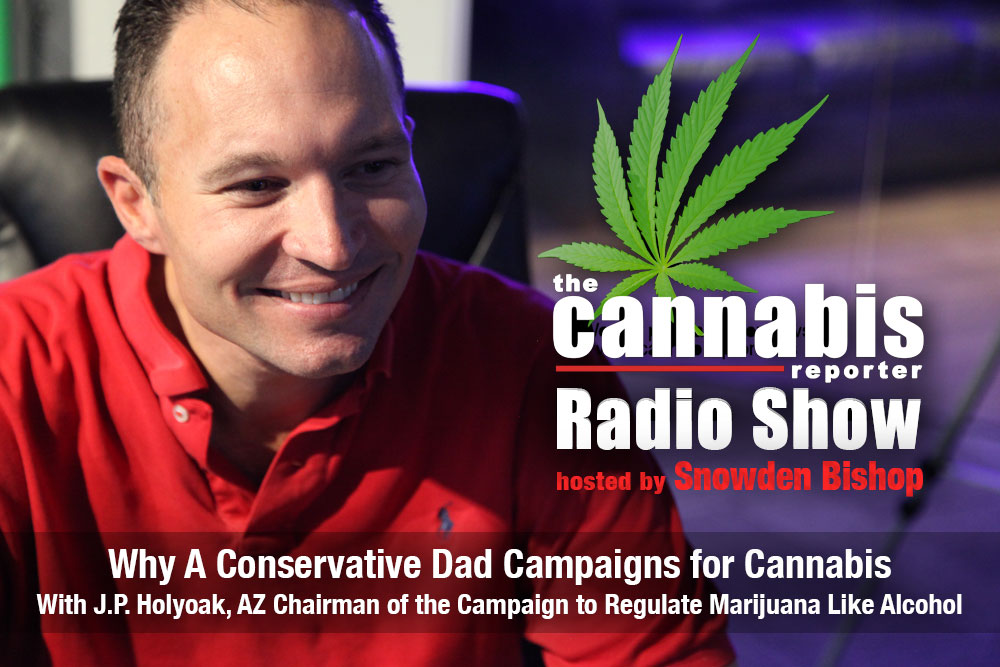 When I was growing up, it would have been implausible to hear that someone’s dad campaigns for cannabis. Even more-so if that someone’s dad weren’t a pot-smoking flower child, but instead a dyed-in-the-wool, socially conservative Republican. Marijuana reform has almost always been a left leaning issue.

That’s changing rapidly, thanks in part to a number of people working to educate the public about the merits of regulating marijuana like alcohol. That’s the topic of today’s show. I had the pleasure of interviewing J.P. Holyoak, who is Chairman of Arizona’s Campaign to Regulate Marijuana Like Alcohol, the legalization measure that will be on the ballot in November.

What may surprise you is that he is a dad and a conservative republican whose career began in finance. He never smoked pot and wasn’t an advocate until a very personal experience convinced him he should reconsider his stance on marijuana. He now owns a grow operation and two successful dispensaries. I’ll let you listen to the rest of his story!

We hope you enjoy “Why a Conservative Dad Campaigns for Cannabis”

Many thanks to Kyle Pratt, our engineer at Star Worldwide Networks, and Erik Godal of Castle Creek Music, composer of the theme song, Evergreen.